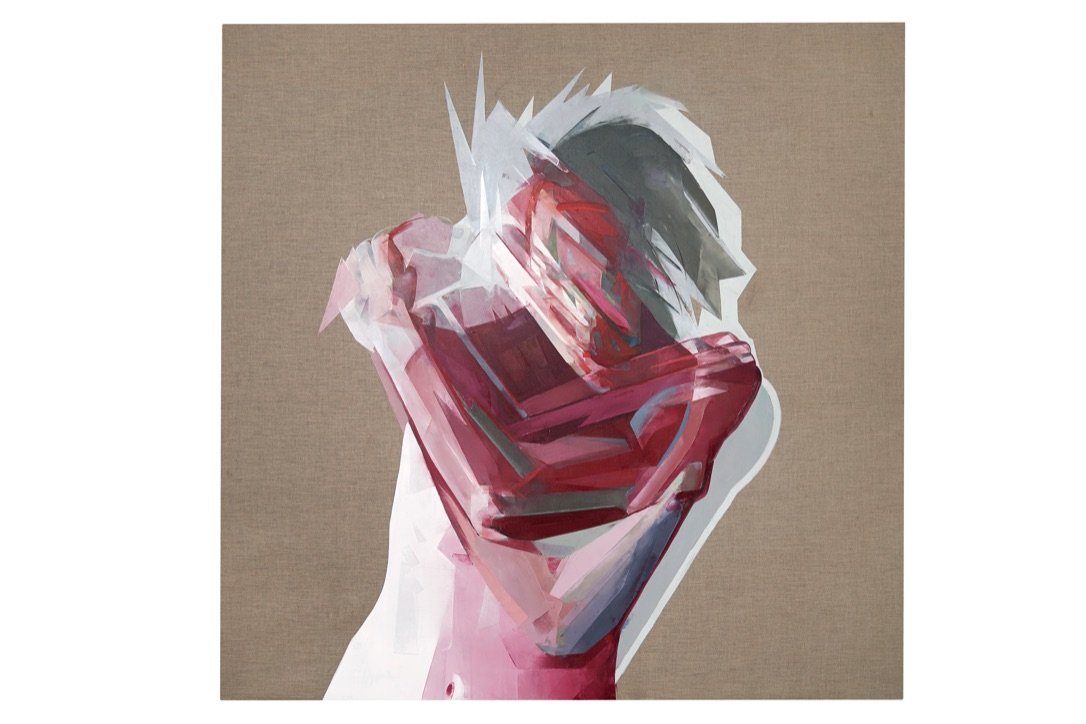 William Turner Gallery in collaboration with GuY Hector (The Art House Global), is pleased to present an inaugural exhibit of paintings by British-born, Hong Kong-based artist Simon Birch. A reception will be held at the gallery on August 6th, 2022 from 6 to 8 PM, the exhibition will remain on view through September, 17th 2022.

In this series of portraits, Birch materializes enigmatic, ectoplasmic figures in his psychologically charged canvases linking sympathies between external forces and interior emotion. These large-scale renderings of figures in motion - are torn between attraction and repulsion as they twist and tumble through space. Birch delves into allegorical states of the human condition through his painterly poetics of cleaved color blocks disrupted with loose, painterly, gestural strokes. Intent on the inward, only vestiges of the external linger with allusions to what Hamlet described as, “the heartache and the thousand natural shocks that flesh is heir to.”

Building upon and scraping away layers of paint he fragments into Cubist planes, the pluralistic impulses of creation and destruction conflate to generate what art critic Clive Bell theorized as “significant form,” provoking aesthetic emotion. Investigating line, shape, and color, his canvases oscillate between figuration and abstraction, dissolving features into the dematerialized ether. Mutable flesh becomes a terrain of primordial corporeality. Employing the Futurist’s “lines of force,” and the “fourth dimension” to express a veiled space, he illustrates a reality perhaps more honest than that of visual perception.

Basing his paintings on photographs he shoots, Birch then labors with study upon study of countless preparatory drawings, which he then resolves through the act of painting, translating them onto canvas. Drawing upon a vast repertoire of painterly techniques such as scraping, troweling, scumbling, and brushing, the dynamic figures emerge in rigorous investigations of materiality in the plastic medium. His idiosyncratic palette is often punctuated with pulsating complementary reds and greens. The raw, unprimed canvases frame his shattered compositions of isolated figures within voids of negative space.

Born in Brighton, England in 1974, Birch has lived and worked in Hong Kong for over twenty years. He has had solo exhibitions in Beijing, Miami, and Singapore and has participated in group shows at the Hong Kong Museum of Art and the Museum of Contemporary Art, Tokyo. Birch has been awarded the prestigious Louis Vuitton Asian Art Prize and the Sovereign Asian Art Prize. Birch has organized many large-scale multimedia installation projects in Hong Kong, most notably HOPE & GLORY: A Conceptual Circus (2010), Daydreaming With… The Hong Kong Edition (2012), and The 14th Factory (2017). He has been included in the Los Angeles Museum of Contemporary Art’s (LACMA) permanent collection.

In 2017, Birch created the socially engaged, experiential art installation The 14th Factory which opened in Los Angeles. Spanning a cross-section of his multivalent oeuvre, it encompassed sculpture, painting, photography, performance, video, and installations, leading one through a narrative sequence of a hero’s journey inspired by mythologist Joseph Campbell. Due to its popularity - the show was visited by over 100,000 people lured by word of mouth and the power of Instagram - further iterations of this ambitious and groundbreaking new format for art are planned to take place in major international cities and will be announced soon.

Other events from William Turner Gallery