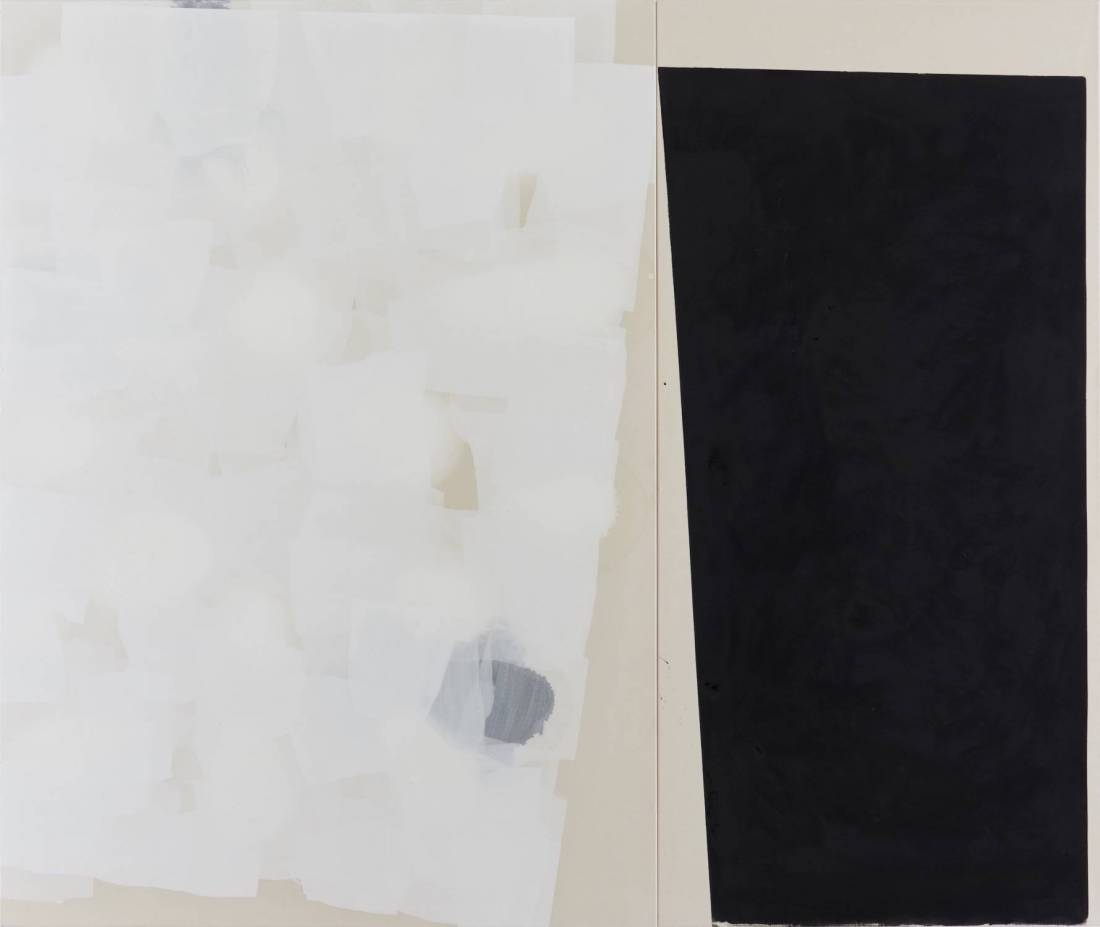 Heather Gaudio Fine Art is pleased to present Ian McKeever: Henge Paintings, the British artist’s second solo exhibition at the gallery. The show will feature newly created paintings and works on paper and will run October 15 – December 3rd.  The public is invited to attend a reception for the artist on Saturday, October 29, 4-6pm.

McKeever’s five-decade artistic career has been an ongoing exploration of abstraction through the use of oils and acrylics on canvas or paper. He typically creates works in groups, undertaking several canvases at a time which can take him two or three years to complete. For this exhibition, the gallery will present works from his most recent series, the Henge paintings, making their debut in the United States. Completed over a five-year period, these works form his most ambitious series to date in terms of number and scale, with over thirty paintings executed in three different sizes. Their source of inspiration came from a visit the artist made in 2016 to Avebury in the UK, a neolithic site consisting of massive stones that form three circles. The sheer monumentality of the ancient rocks made a lasting impression on the artist.

“The physicality of something standing in the world intrigues me,” states McKeever. The artist evokes his instinctual, personal experience in the presence of these stones in formal ways. Unlike his earlier lyrical abstractions which were preoccupied with depicting painting’s implicit light and suggestions of passageways using translucid layers of pigment, McKeever prioritizes the color black and its density in the Henge series. Black is a color he associates with solidity and mass. The canvases are containers of superimposed rectangular or circular planes overlapping and pooling to a concentrated density.  At times parts of the bare canvas, or vestiges of underlying colors peer through more thinly veiled areas, while other sections block out any suggestions of light or space therein.

The paintings are presented in a diptych format, with two vertical panels distinctly differing in width. At first glance they appear as paintings independent from each other, two angled color fields side-by-side contrasting in value and transparency. The colored blocks within each panel tilt toward or pull away from its companion, with the lighter or contrasting panel countering the density of its kin. These evoke a sense of weightlessness, maintaining the tension and balance between the two canvases. The verticality of the panels further echoes the monolithic forms that inspire the series, possessing an enigmatic physicality. These paintings require pause and awareness, for further contemplation also reveals underlying color and paint applications that bind the relationship between the panels.  Varying opacity and luminosity in the pigments manage to suggest the age and weathered patina and contours of the stone’s surface.

Although not visually literal depictions of the stones, these assertive abstractions conjure the passage of time, scale, and mystery of the ancient monoliths.  McKeever states: “In painting a painting, one does not set out to paint what one knows, but rather tries to touch those things which one does not know, and which cannot be known.”  The Henge paintings successfully bridge the ancient and the unknown, the silent timeless giants expressed through the continued artistic preoccupation of depicting the presence of volume and three-dimensionality on a flat surface.

A color illustrated catalogue with an essay written by Paul Moorhouse accompanies this exhibition.

McKeever’s first solo exhibition was held in 1973 at the ICA, London. In 1989 he was awarded the prestigious DAAD scholarship in Berlin, which was followed in 1990 by a major retrospective exhibition at the Whitechapel Gallery, London. Since then, he has participated in numerous museums exhibitions including at the Moderna Museet, Stockholm; Museo Nacional Centro de Arte, Reina Sofia, Madrid;  Museo d’Art Contemporani, Barcelona; National Gallery, Beijing, Shanghai Art Museum; Royal Academy of Arts, London; Tate Britain, London; National Museum of Norway.

Heather Gaudio Fine Art specializes in emerging and established artists, offering painting, works on paper, photography and sculpture. The gallery provides a full-range of art advisory services, from forming and maintaining a collection, to securing secondary market material, to assisting with framing and installation. The focus is on each individual client, selecting art that best serves his or her vision, space, and resources. The six exhibitions offered every year are designed to present important talent and provide artwork appealing to a broad range of interests. Gallery hours are Tuesday through Saturday; 10:30am to 5:30pm; and by appointment.