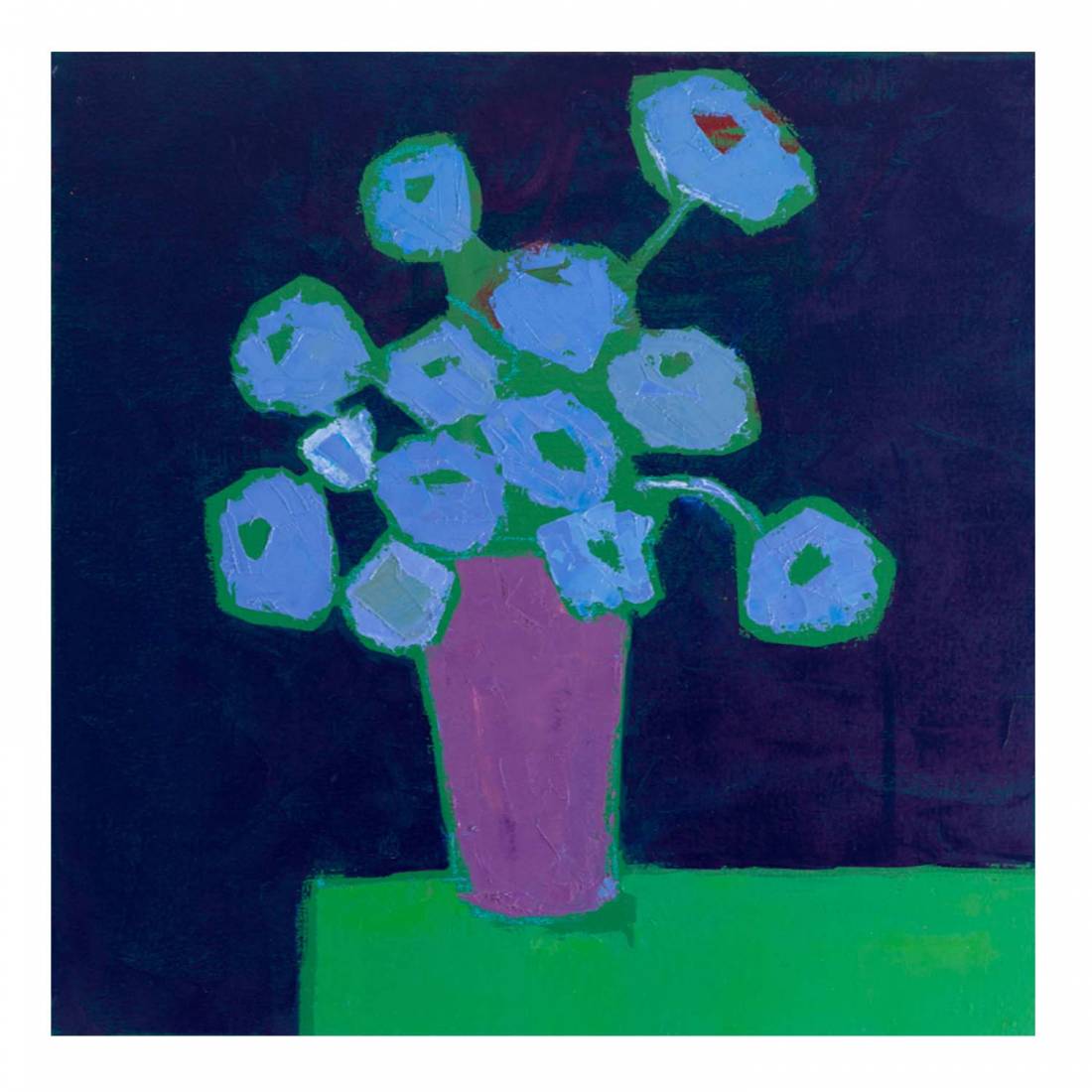 Born in bucolic Pennsylvania in 1958, Bill Tansey found himself drawn to drawing and painting from a very young age. As a child, he marveled at the beautiful rich colors and scenes of the frescos at his church where he attended mass with family. Later in life, he grew passionate about art while living on the Cape in the mid-80’s. Soon after, he bought a painting from the Packard Gallery in Provincetown, MA. He got invited by Anne Packard to visit her home across the street. Upon walking into her art studio, he took in finished and unfinished canvases, easels, brushes, and everything else covered in paint. Struck by the smell, he instantly knew his calling.

Since 1989, Tansey is regarded as one of New York’s premier event and floral designers. His sophisticated, lavishly refined spaces demonstrated an impeccable eye for detail. His clients include The Whitney, MOMA, The Metropolitan Opera, DreamWorks, Disney, The American Ballet Theater, The Guggenheim Museum, and The New York Botanical Garden. He’s also been featured in publications like W, Vogue, Luxe Interior + Design, Town and Country, Purist, Forbes and Long Island Pulse. His artwork has been featured at Guild Hall in East Hampton, NY, and he’s shown several installations at the Park Avenue Armory, The Provincetown Art Association, and Museum City. In 1990, he received the Catherine and Theo Hios Best Landscape Award at Guild Hall by curator Marla Prather of the Metropolitan Museum of Art in New York City.

Known today for his oil paintings, Tansey will show selected works for this solo exhibition. These include abstract, uniquely textured portraits of flowers, landscapes, and figures. He draws inspiration from the impasto canvas paintings of Nicolas de Staël, the abstract expressionistic paintings of Joan Mitchell, and the figurative paintings of Alex Katz. His own technique involves broad brush strokes and blocks of colors. Tansey’s oil on canvas painting, “Pink Sky” features a pink skyline above streaks of greens, reds, and yellows that resemble a beachside view of a small town.

Tansey studied at the International Center of Photography, The School of Visual Arts, The Arts Students League of New York, The New York Film Academy and the Provincetown Art Association. Currently painting and photographing, he lives full time in Eastern Long Island. This is his first solo show at the Robin Rice Gallery in NYC. To view the exhibition, please go to www.robinricegallery.com.

Other events from Robin Rice Gallery