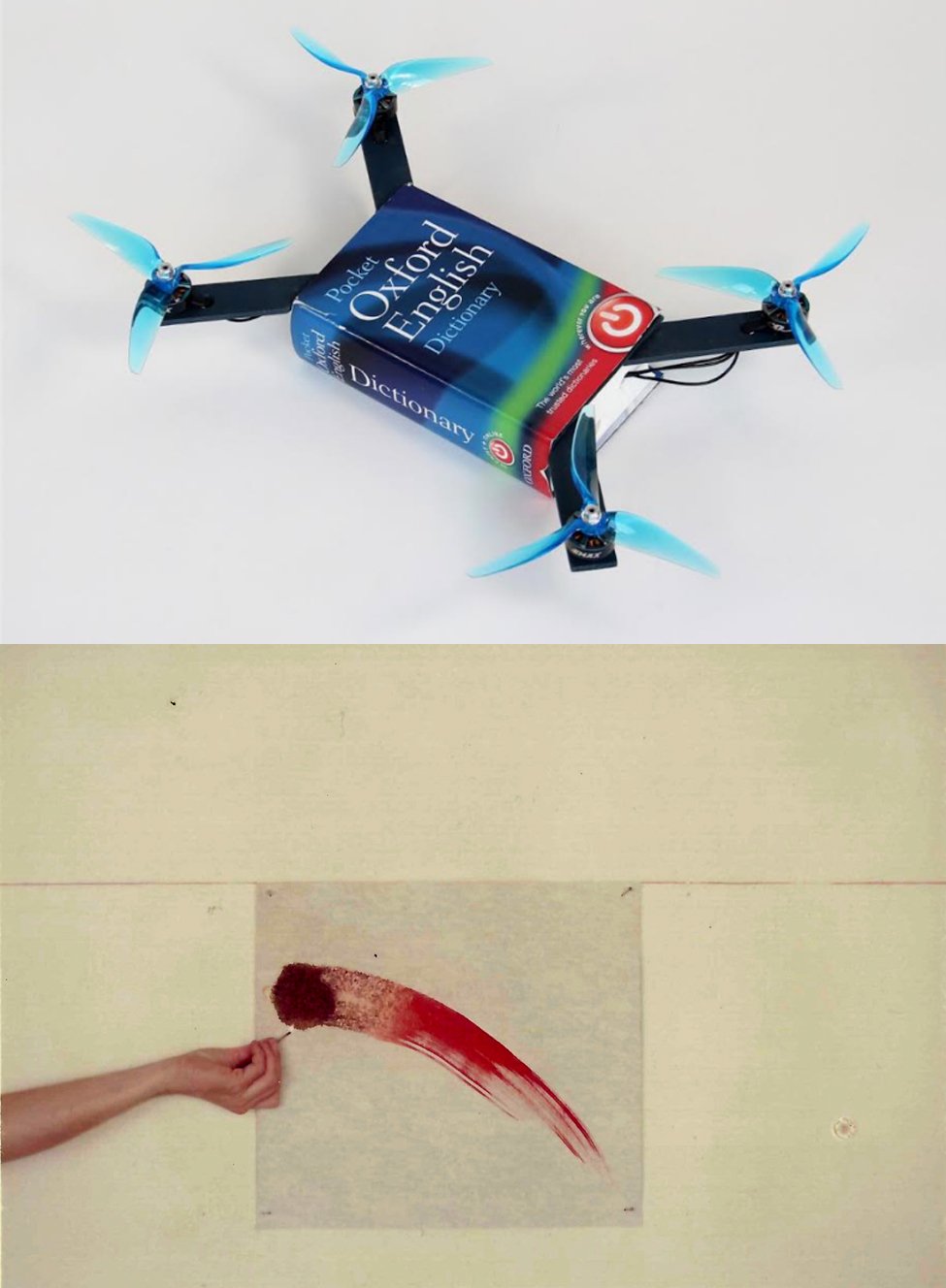 For father and son artists Robert and Axel Wilhite, the act of flight has become a curious, recurrent predilection in their artwork. The present exhibition, “Aerials,” is their first exhibition together and presents a unique, multigenerational artistic examination of flight, technology, and power.

On a cold February morning in 1974, 28-year-old Robert Wilhite smuggled a model airplane to the top of the newly renovated viewing deck of the Empire State Building. With his friends the artist Chris Burden and the photographer Wren De Antonio present as witnesses, Wilhite assembled the airplane and threw it over the glass barricade. The airplane floated 14 blocks before crashing into the antenna of a taxicab. The cab driver returned the plane to Wilhite’s studio in the East Village less than two hours later, and the artist and cab driver conversed with one another over a breakfast of coffee, bagels, and lox. The cabbie explained that he’d served in the Korean War as a photographer, and that Wilhite’s glider was a sort used to carry troops. When he saw the plane approach his cab, he mistook the scale of the plane and thought momentarily that Manhattan was under attack. After their conversation, the cab driver bid Wilhite goodbye and returned to his taxi.

“The Empire State Building Glider” constituted Robert Wilhite’s first work of performance and marked the beginning of a career-spanning interest in flight, science, and martial power that would appear and reappear in his art.

The present exhibition includes two early artworks by Robert Wilhite, “The Empire State Building Glider” (described above) and his “Fire Paintings” series, both shown here for the first time in four decades. These older works are re-contextualized beside his recent sculptural interrogations concerned with flight and martial power, such as his scale models of nuclear weapons and his insect-wing micro-gliders.

For the present exhibition, Axel Wilhite will be unveiling his collected efforts in sculpture and painting conducted over the last several years.

In his series “Bibliodrome,” Axel Wilhite has transformed over thirty books into flying quad-copters. Gutted of their pages, their covers are repurposed to house a new architecture of wires, aerial flight controllers, batteries, receivers, on-board cameras, and propellers. These books take on a surprising new life in the aftermath of their transformations, becoming dangerous, cybernetic singularities in their quasi-technologized forms. Each transformed “biblio-drone” serves as ironic and ambiguous commentary on art and literature in tension with politics, economics, and scientific innovation, each work illustrating culture’s paradoxical dual potential for freedom and authoritarianism.

Additionally, Wilhite will be showing two new series of paintings in acrylic and watercolor: “Los Angeles Triptychs” and “Clouds.” The convenience and myriad entertainments of technology in general are quietly replacing our ability for solitude, privacy, and self-definition; these paintings illustrate some interstices in the fabric of urban life where solitude can still be found.