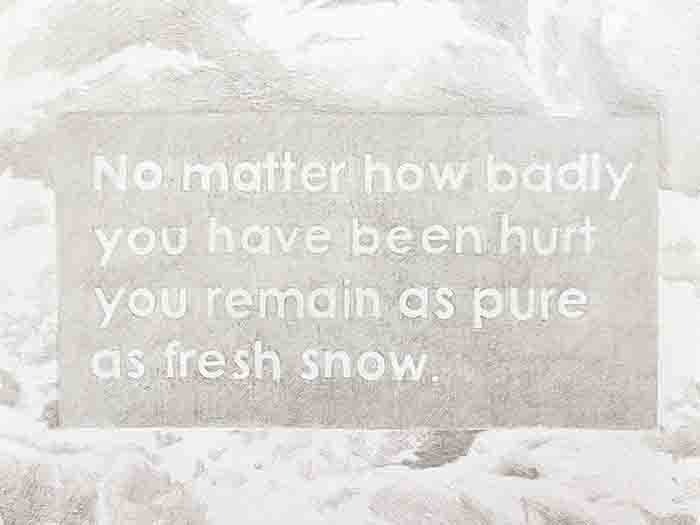 As Pure As Fresh Snow, a solo show of new work by Célia Rocha, will open at Radical Patience, 5442 Monte Vista, Los Angeles CA on January 28 with an opening reception from 6PM to 9PM. The show can be viewed by appointment through February 27, 2023- for more information or to set up an appointment contact the artist at celiarochastudio@gmail.com.

Célia Rocha is a Portuguese visual artist based in Santa Ana and Los Angeles. For the past three years she has worked on an art project about rape culture in Portugal through the lens of the rape allegations against the renowned Portuguese soccer player Cristiano Ronaldo.

In Portugal, the #MeToo movement has barely reached the mainstream, relying on and reproducing entrenched cultural stereotypes that have historically excused violent acts and blamed women who claim to have been raped. The project is Célia's response as an artist to the rape culture prevalent in Portugal and her outrage over the lack of resources for survivors even after the #MeToo movement.

Other events from Shoebox PR