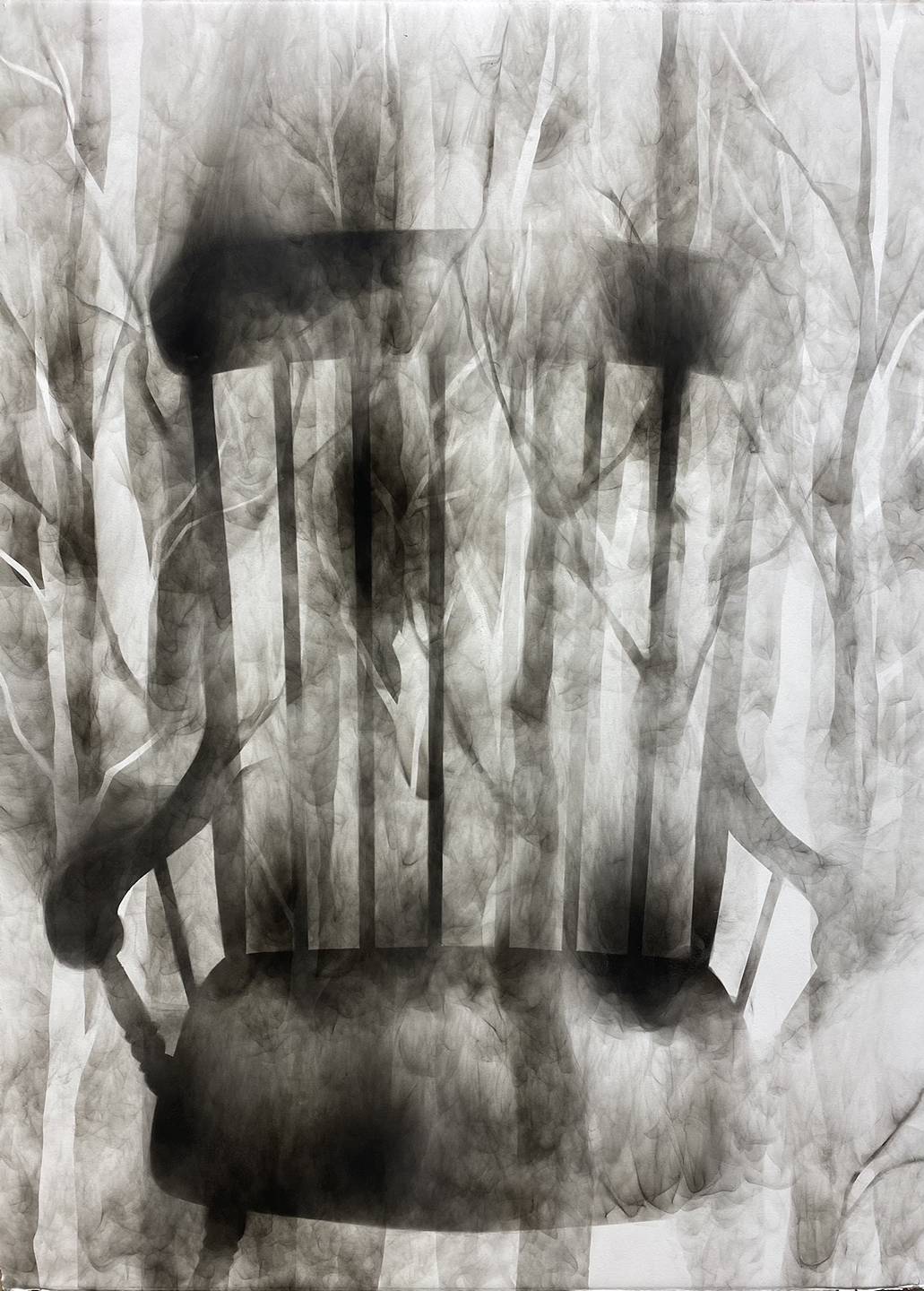 UNCERTAIN CERTAINTY an exhibition of recent work by Miya Hannan

The first guerilla-style pop-up for Melhop Projects is for Miya Hannan, with a show titled Uncertain Certainty, at the opium den in the old Chinese Herb shop in Truckee. The opium den is an intimate tiny space with a deep history. Hannan’s work activates this space.

I view the world as one comprised of layers and linkages of history, a chain of lives and events that leads from one to the next. Landscape is the record of these histories. Using physical soil and the image of nature as triggers for narratives and identities of people, my installations, sculptures, and drawings try to preserve stories that are almost forgotten or, that would otherwise be lost. Letting landscape speak about various difficult issues around us is my way of questioning people without imposing my perspective on them. In Japan, where I grew up, the souls of the dead live on, spirits exist within nature, and land retains its destiny—people inherit the histories of the land on which they live. I am interested in the relationship between humanity and the information trapped in nature.

Miya Hannan’s sculptures, installations, and drawings show her view of the world that is constructed by the layers and linkages of human lives and histories. Her practice is influenced by Asian death philosophy and rituals, and minor histories that have been almost forgotten. Hannan has been actively showing her work in many solo exhibitions in the United States. She also had numerous group exhibitions nationally and internationally. Women's Essence exhibitions invited her to attend their shows in Venice, Italy, 2019, (a concomitant event with the Official Pavilion of Bangladesh 58th Venice Biennale), as well as Rome, Italy, 2021, (which was recognized by UNESCO as a gender equality project), and again in 2022 in Paris, France. Her artist’s book, a collaboration project with Brighton Press in San Diego in 2017, is now in the collections of many institutions including the Getty Research Institute, Library of Congress, and Stanford University. She received the Nevada Art Council Jackpot Grant and the Sierra Arts Foundation Artist Grant in 2018. She was awarded many artist residencies, including the Jentel Artist Residency, Banner, WY in 2022, Willapa Bay AiR Residency, Oysterville, WA in 2018, and the Red Gate Residency in Beijing, China in 2017. In 2012, she was commissioned by TEDxSan Diego to create an installation for their meeting. She also received the 2013 Distinguished Alumni Award from Mesa College, San Diego.

Hannan was awarded an M.F.A. Fellowship from San Francisco Art Institute where she received her M.F.A. in 2007. Before coming to the United States, she received a bachelor’s degree in medical technology from the school of health sciences, Kyushu University and worked for a hospital for seven years in her native country, Japan. She is an associate professor at the University of Nevada, Reno and serves as the Director of the MFA Program and the Head of the Drawing Area.

Other events from Melhop Gallery º7077