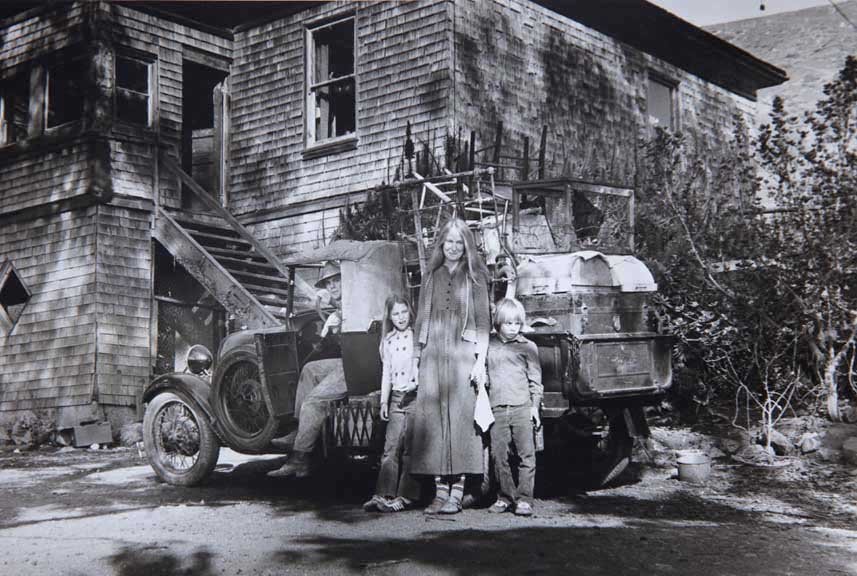 Gallery 16’s upcoming exhibition honors the legacy and influence of Richard and Martha Shaw, through their work and that of their family and friends. The renowned artistic family includes Bay Area ceramic pioneer Richard Shaw and his wife Martha, daughter Alice Shaw and son Virgil Shaw. Their influence and contributions to the Bay Area’s art and music scene have been on display for over four decades.

We are pleased to present a collection of work by members of the Shaw Family as well as a collection of work by many Bay Area artists for whom the Shaws have been friends with, inspired by or inspirations for including Rebeca Bollinger, Mike Henderson, Don Ed Hardy, Bob Hudson, Sahar Khoury, Alicia McCarthy, Jim Melchert, Ruby Neri, Cornelia Schulz, Ehren Tool, Wanxin Zhang.

In the early 1960s, Richard Shaw was a student of some of the most innovative ceramic sculptors including Ron Nagle, Jim Melchert, Manuel Neri and Robert Arneson, and sculptor Hudson. He was influenced at the time by Peter Voulkos, Viola Fry, and Ken Price who, as a group, were redefining ceramics as a fine art medium. These artists developed what became known as the California Clay Movement. Alongside these artists and others, Shaw is recognized as one of the leading forces in the development and direction of ceramics in the last half of the twentieth century.

Richard Shaw was awarded the National Endowment for the Arts Crafts Grant in 1970 and the National Endowment for the Arts Grant in 1974. His works can be found in the collections of highly prestigious national and international museums including the Smithsonian, Whitney Museum of American Art, San Francisco Museum of Modern Art, Stedlijk Museum, and the National Museum of Modern Art in Tokyo. His work will be part of an upcoming exhibition Whitney Museum, Making Knowing: Craft In Art 1950-2019. Richard Shaw taught at the SFAI from 1966 to 1986 and at UC Berkeley from 1987 to 2012.

Martha Shaw moved to San Francisco to study printmaking at the San Francisco Art Institute. She is now primarily a painter but also creates small scale sculpture. She is forever a student of music and plays the violin and is a fiddler.

Alice Shaw often infuses humor into her artwork. Though she was educated as a photographer she also utilizes other art forms to realize her concepts. Shaw is an Artadia Grant Awardee and is included in the collection of the San Francisco Museum of Modern Art. Gallery 16 published her book, People Who Look Like Me, in 2006. In August of 2017 her permanent large-scale public artwork, No Other Lands Their Glory Know, was installed at The San Francisco International Airport.

Virgil Shaw is a well known singer, songwriter and painter. He released five albums with his band Dieselhed in the 1990’s and four subsequent solo records, including the brilliant Still Falling album. He’s been described as “the heir apparent to country-rock founder Gram Parsons.”