More Than My Hands Can Hold - A Group Exhibition 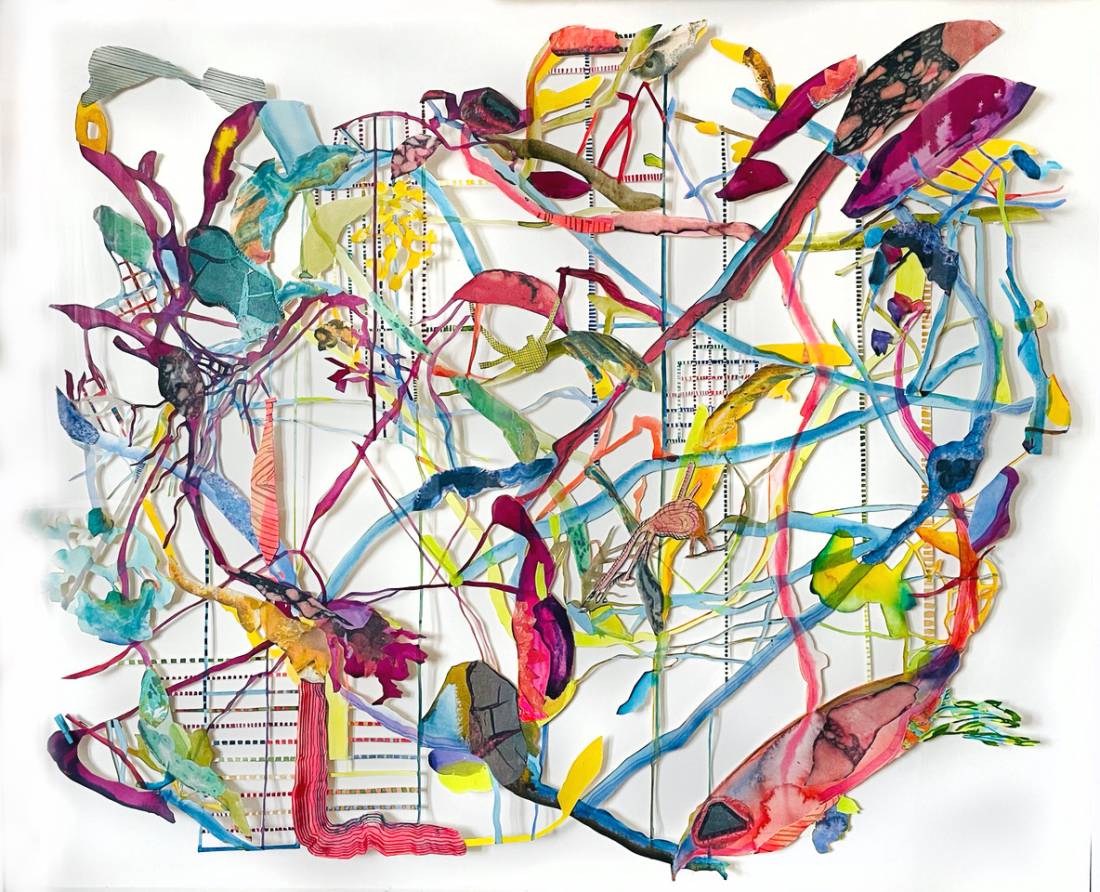 I typically don't like thematic group shows. In fact, I don't believe we've presented one with a curatorial premise in over 29 years of exhibitions. And, I suppose that trend continues. But, over the past few years our Environmental crisis has been on everyone's tongue. So, we recognized a handful of artists that we admire, who were quietly considering our fraught entanglement with the natural world. Their work doesn’t offer didactic platitudes, but instead offers an interpretation of what’s inside them, a person’s most basic orientation toward the world. Philosophers repeatedly consider the way we live our lives on the cusp of inner and outer worlds, always absorbed within our inner world while at the same time existing within the external environment.

The aim of art is to represent not the outward appearance of things, but their inward significance

Morning, boys. How’s the water? And the two young fish swim on for a bit, and then eventually one of them looks over at the other and goes, What the hell is water?

Shaun O’Dell, born in Texas, lives and works in San Francisco. His paintings, created by mounting acrylic and gouache painted paper on canvas, critically contemplate the relationship between mythology, the American psyche and the natural world. O’Dell is currently on the faculty at San Jose State.

Adriane Colburn, is an artist based in San Francisco, CA and New Jersey. A penchant for research and direct experience has led her to participate in scientific expeditions in the Arctic and the Amazon, as well as at sea. Her artworks are derived from scientific data, images and video that the artist collected while participating in scientific expeditions. She looks at how mapping is used to investigate fragile and inaccessible ecosystems. Adriane is currently on the faculty at Bard College.

Nathan Lynch was raised in Pasco, Washington an agricultural community in the shadow of Hanford Nuclear Power Plant. His concerns for political conflict and environmental upheaval are filtered through notions of absurdity, hand fabrication and the dramatic devices of storytelling.He is Chair of the Ceramics Program at California College of the Arts

Bruna Massadas was born 1985 in Rio de Janeiro, Brazil and lives in Bozeman, Montana. Massadas acts as the first traveler to a place unknown to mankind: a witness who must record what she sees by painting it. These scenes of volcanoes, plants, and moons have echoes of the monolithic mountains of her native Rio de Janeiro, as well as the vibrant paint pots of Yellowstone, which bubble and steam near her current home. Her paintings are not just depictions of visual phenomena; rather, they are documents which record Massadas' attempts to show us the emotional landscapes of her mind.

Lena Gustafson is an artist living and working In Oakland, CA. Her paintings depict scenes of transformation often with figures or plants merging with their environment. “This speaks both to how the spirit can feel larger than the boundaries of a body and also to how our private inner worlds have an effect on the rest of the world around us. She is the co-founder of Night Diver Press.

Ala Ebtekar is an Iranian American artist. His multifaceted art practice of painting, drawing, installation, text, photography, draws upon what it means to make art in an age of uncertainty, conflict and social injustices. His work explores what it means to be a territory without borders. He has taught at Stanford University since 2009

Kim Bennett is an artist working in painting and embroidery. She uses textiles to explore the mythology of female creative production. Some of her embroidered canvases are made through a process of non verbal communication between a parent and a child. She is on the faculty at California College of the Arts.

Rex Ray (1956-2015) was an important American artist whose career blossomed in San Francisco, California in the late 1980s. His work often referenced botanical forms that, for the artist, were symbols of lives blooming in the face of adversity.

Dani Tull is a Los Angeles based artist. In this current series he begins with a base layer of language —in the form of hand written words and poetry— only to obscure this text-infused underpainting in favor of abstraction. The texts are never revealed, yet they are the impetus for the paintings.As a painter, I do not think of my work as ‘my work’, rather this is ‘our work’; this is a shared experience we are having as artists. I’m always aware that I am in conversation with the art that was made before me, the work of my contemporaries and the artists after my time.”