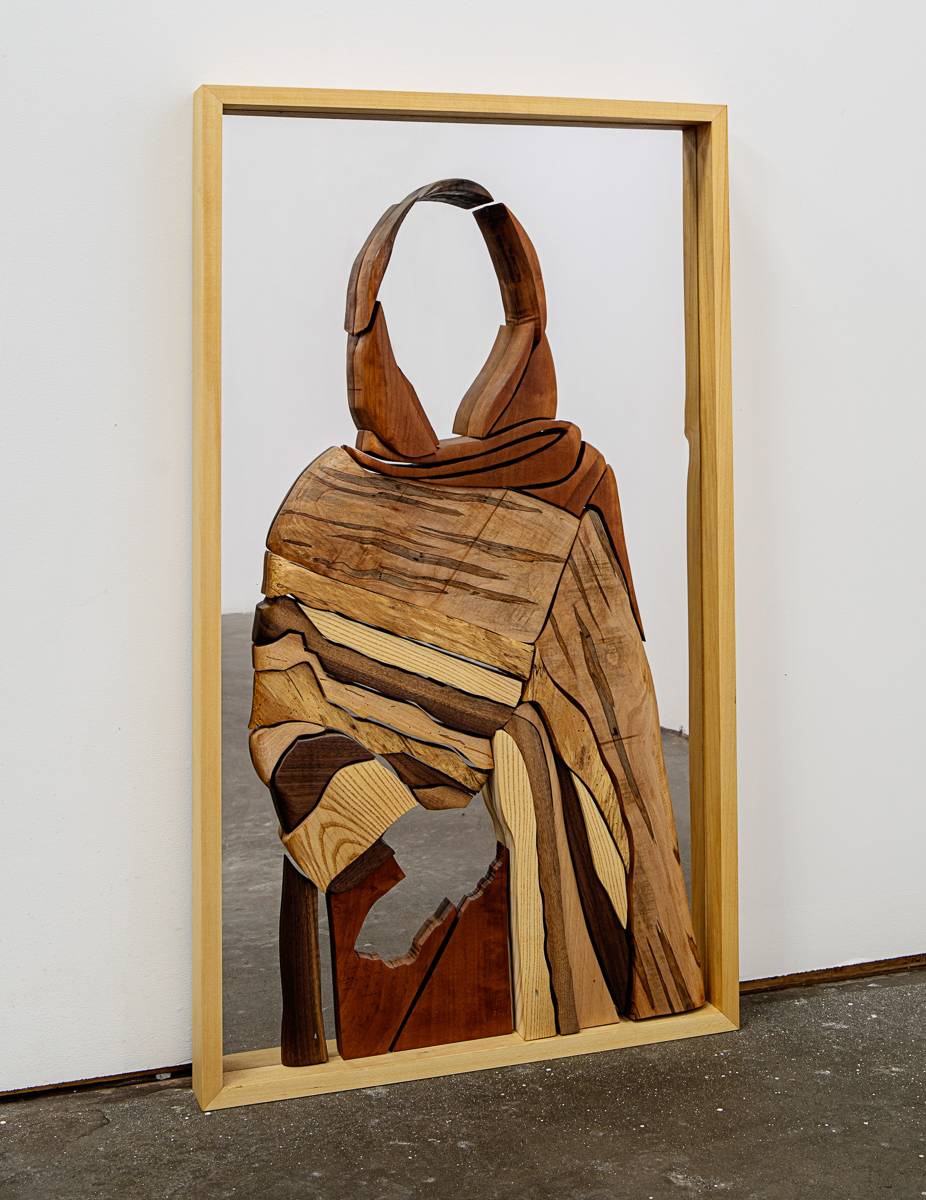 The Untitled Space is pleased to present “Old Talks with New Icons” a solo exhibition of works by artist Philip A. Robinson Jr. on view from November 20th through December 17th, 2021. “Old Talks with New Icons” presents a collection of life-sized figurative wood mixed media wall sculptures as well as a series of hand cut works on paper by the award-winning multi-media sculptor and conceptual artist. The exhibition will be the debut solo exhibition of artwork by Robinson presented by The Untitled Space, who is newly represented by the gallery.  Robinson uses wood to symbolize temporality within natural cycles of time and geography to amplify the narrative of identity within popular and marginalized cultures. Through thoughtful selection of materials and the science of dendrochronology - as a protocol for historic markers for environmental changes through time - his work accentuates aesthetic and historic patterns between self and the world, with socio-political undertones.

“The linear marks and structural beauty in spalted maple; the varied palate of tinted tones in walnut and the enduring history of the red oak trees, metaphorically define and contextualize selfhood as part of a global discourse about power paradigms that delineate culture and ethnicity as a valued product and object d’art within the marketplace.” - Philip A. Robinson Jr.

Robinson’s work is shaped by influences from a Cherokee and African American mother and a Trinidadian and British father against the backdrop of the 1980s neo-conceptual art and installation practices and a climate of laissez-faire capitalism and technological advances. Robinson’s ongoing exploration of identity raises questions: Who controls culture? How does history shape the importance of culture? How does historic culture become appropriated into popular culture? How is culture sustained and influenced by ‘others’? How does the relationship between hegemonic and marginalized cultures influence value? Do these distinct values create a schism in subjective and objective definitions of self? Robinson’s work affirms the vital connection between the foundation of one’s identity and the necessity for corrective historical discourse to avoid becoming extinct.

ABOUT THE UNTITLED SPACE
https://untitled-space.com

Other events from The Untitled Space