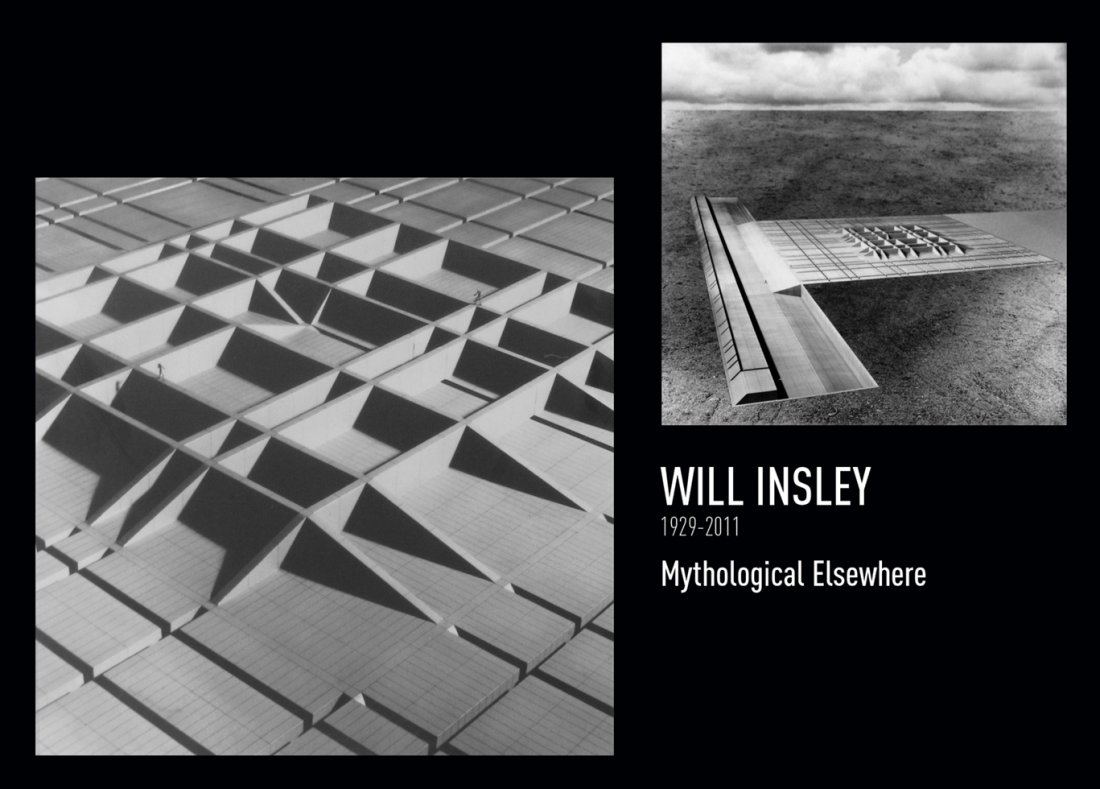 New York, NY – WESTWOOD GALLERY NYC presents a solo exhibition of paintings, sculptures, and photomontages by New York artist, Will Insley (1929-2011), curated by James Cavello. During his lifelong career as an artist, Insley utilized his architectural knowledge of space, structure, and purpose to visualize an abstract civilization in his artwork. For 50 years he dedicated his creativity to developing ONECITY through writing, poetry, calculations, drawings, paintings, photomontage and sculptural models.

ONECITY is a labyrinthine structure buried in the central North American plains, spanning over 675 square miles between the Mississippi River and the Colorado Mountains. ONECITY is designed to hold 400 million people, and is neither utopian, nor dystopian, but instead a mythological space existing in some undetermined time. Insley’s map of ONECITY divides it into five main sections: the Outer Fields, Outer City, Inner Fields, Inner City, and Opaque Library. The “seed and soul” of the city lies within the Opaque Library which holds all of the ratio numerations of the city, scrawled on the Library’s walls; no one is allowed access to the vault of information.

“ONECITY cannot be so specifically located in any time. The simplistic reading is that ONECITY does exist in potential in the present and will exist at some precise period in the future, but the actuality of ONECITY slips away from normal expectations of our worldly understanding. ONECITY exists in the undetermined darkness of mythological elsewhere. The ‘old’ cities, which preceded its existence, lie in ruins and are visited as we now visit Stonehenge.”

The paintings on view represent fragments recovered from the Opaque Library’s walls, in relation to understanding the mathematical and mythical construction of the greater ONECITY structure. These paintings such as: Hinge Space Fragment No. 92.1, 1992-96 and Cage Space Fragment No. 96.1, 1996-2001 offer insight into the visual and metaphorical depth of ONECITY and the civilization. The black, gray, white, and occasional yellow lines represent a relationship between order and disorder which is reflected in the overall visible complexity of the ONECITY structure.

Also on view is the model of Insley’s abstract /buildings/ from the 70’s, which inhabit the wilderness outside of the Outer Fields. The slash markings utilized between words refers to a demarcation of abstract space as denoted by Insley. The reason for the /building’s/ existence is to contain spatial situations sympathetic to the religious beliefs of the civilization, where one views the horizon line as a spiritual journey between the present and the future. The /buildings/ facilitate these beliefs and Insley says “human participation in their three-dimensional space parallels the mind wandering as a character in a drama of numerical (real) and philosophical (unreal) theories.”

In the downstairs gallery, twelve photomontages, 1970s, illustrate the abstract /buildings/ in a desolate landscape, far away from the proposed city structure of ONECITY. The works show the variations as described by Insley in the preface to his 1984 solo exhibition at the Guggenheim Museum:

“Some /buildings/ are solid, all spaces open to the sky, and one must climb up and down their slanted skies to experience a series of “hills” and “valleys” as removed horizons. Others offer narrow passages cut through the corrugated mass and rise above and sink below the horizon line in dialogue. Some do not rise above the earth at all, but are pits and tunnels boring down into the ground and are virtually invisible from any distant view."

Westwood Gallery NYC exclusively represents the Estate of Will Insley.