Artists on the Bowery Part 1 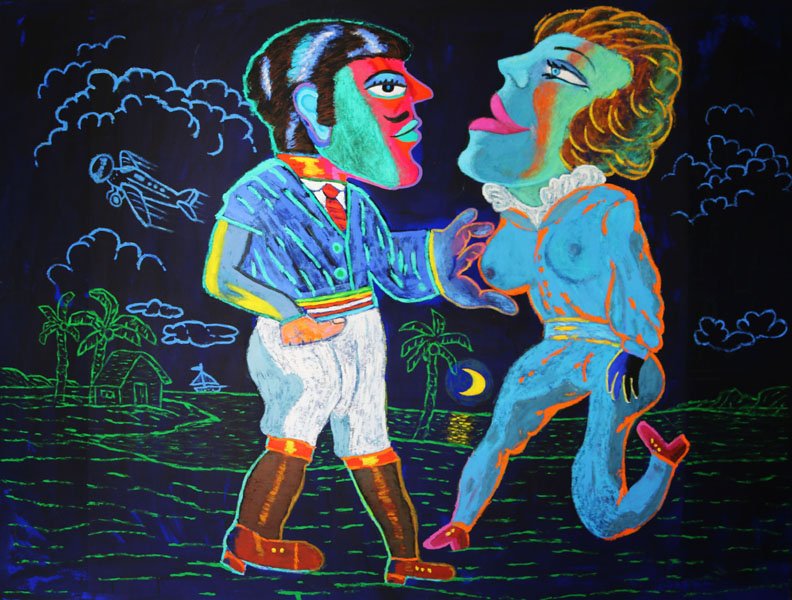 WESTWOOD GALLERY NYC is pleased to present Artists on the Bowery Part 1, an exhibition of paintings, drawings, and mixed media by Bowery artists Carmen Cicero and Alan Steele. This is the first exhibition in a series focused on Contemporary artists living and working on the Bowery in New York City, curated by James Cavello as part of the core gallery program. On view from May 28 through July 13, the exhibition includes twelve works by Cicero and Steele.

The two artists represent polar opposites on the spectrum of the art movements that made the Bowery an incubator for artists since the 1950s. Cicero’s intense Figurative Expressionism reflects both personal experiences and the raw emotion of downtown streets, while Steele’s Geometric Abstraction with its clean lines and its programmatic non-objectiveness is analytical, meditative and purposefully removed from the neighborhood hum. Exhibited together for the first time, the two artists manifest the constant dialectic of the two opposing forces of Apollonian and Dionysian that shape the downtown art scene. Both artists represent the past, the present and the future of the Bowery Arts District, as they continue to work from their longtime studios.
_______________

Carmen Cicero was born in 1926 in Newark, NJ. He attended the local university starting in 1947 and later earned an MFA and taught at Montclair State University, NJ, 1970-2001. His career spans over six decades, originating from his solo exhibition at the historic Peridot Gallery, New York, where he exhibited abstract expressionist paintings through 1969. His early influence arose from studying under Hans Hofmann and Robert Motherwell at Hunter College, New York, along with inspiration from his circle of artists, poets, and jazz musicians. He is also an avid saxophonist with several original jazz compositions. In 1971, Cicero moved to the Bowery after a fire devastated his studio in Englewood, NJ and became familiar with the flophouses and homeless men which changed his style permanently.

Cicero’s artwork is included in the permanent collections of the Museum of Modern Art, The Guggenheim Museum, Whitney Museum of American Art, Brooklyn Museum of Art, Hirshhorn Museum and Sculpture Garden, Harvard Art Museum, Smithsonian Institution, and Provincetown Art Association and Museum, MA. He is the recipient of the Pollock-Krasner Foundation and a Lifetime Achievement awards from the American Academy of Arts and Letters.

Alan Steele was born in Caracas, Venezuela, grew up in Rio de Janeiro, Brazil and received his BFA from the School of Visual Arts and MFA from Rhode Island School of Design. He was influenced early on by many of his Bowery contemporaries working as the studio assistant for Tom Wesselmann, Will Insley, and Charles Hinman, as well as working as an art hander for Ileana Sonnabend Gallery. He has lived and worked on the Bowery for over four decades.