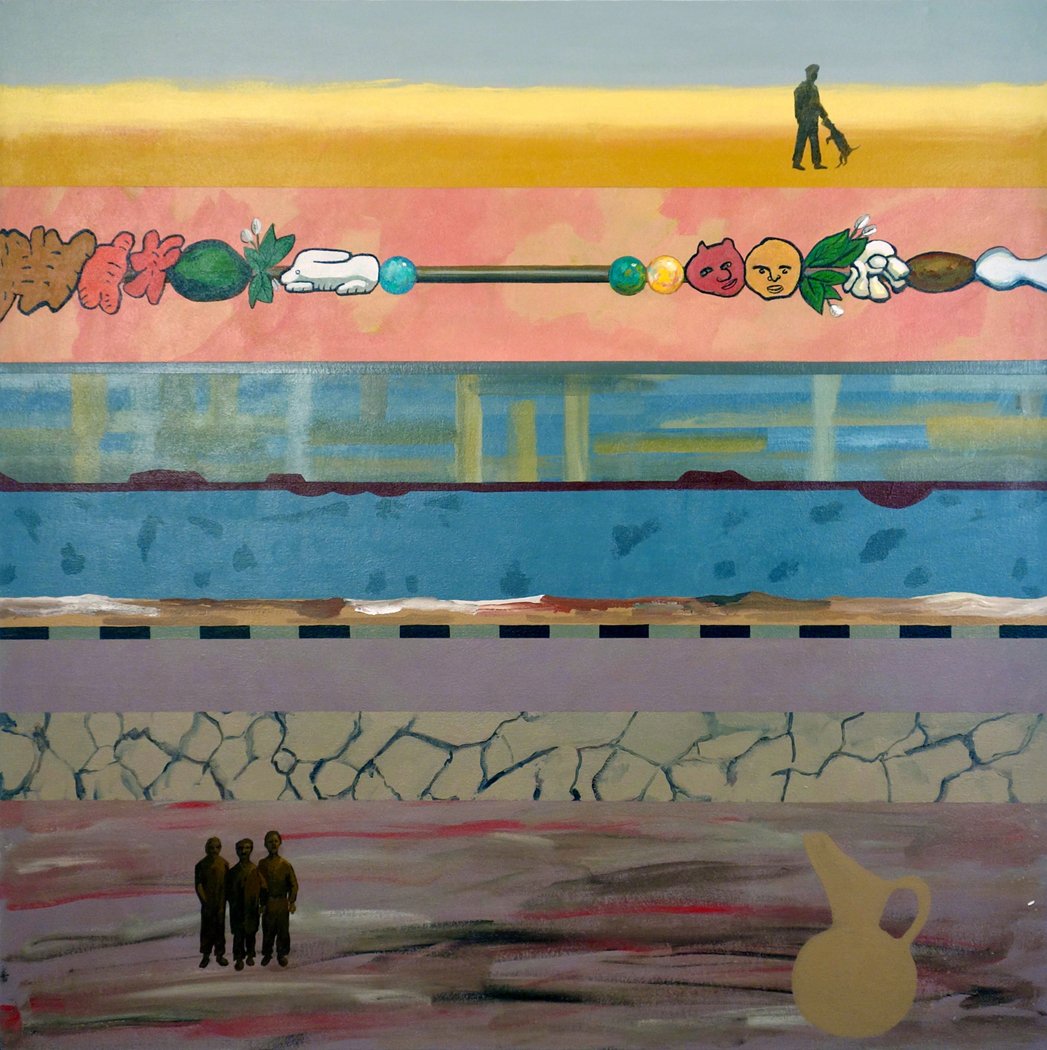 The exhibition includes over 50 works from the early 1980s through the present, including one collaborative installation work created exclusively for the gallery space. This is the first exhibition of Bloom and Morosan’s work at Westwood Gallery NYC and will be on view September 20 through November 16, 2019.

Miriam Bloom creates sculpture from multicultural influences and transforms them into objects that express the essence of spirit and humanity. In the mid-1970s and 1980s, Bloom explored objects as dysfunctional vessels, modeled after Japanese teacups and Greek vases. As her practice evolved into the 1990s and 2000s, sculptures on exhibit such as Whoville (1991), Subaba (2004), and Clouds and Sand (2010), took on mixed media, biomorphic forms. Bloom’s conceptual focus blossomed into ambiguous transformations of fertility symbols such as the Indian lingam and recalled classical Greek and Cycladic forms interwoven with East Asian spirituality. Critic Kim Levin wrote: “Bloom’s Punch Lines cross-wire memories of Brancusi, tribal fetishes, and Neolithic goddesses with Micky Mouse and sexual politics. These porcelain and terracotta monoliths manage a deadpan fusion of banality, formality, and multicoded hybrid sex characteristics.”

Ron Morosan’s cerebral paintings are amalgamated compositions of truncated organic shapes, floating geometric constructs, and painterly masses interwoven into a multi-layered cognitive narrative such as works from his ‘Social Sectors’ series like Parallel (2018). Many of the works on view are full of irony dressed up as innocence such as his work from the ‘Zeitgeist Puppets’ series, Bopo with Louisa May Alcott (2013). Other works like Art Viewer in Complex Social System (2004/2017) and Art Dealer and Art (2007) are quirky commentaries that touch upon the roles of the artist and the art world. The artist and critic Barbara Valenta wrote in his catalog Ron Morosan Selected Work, 1979-2001: “Morosan’s work reflects a contemporary world in which no one answer will suffice, in which we are almost always ‘multi-tasking’ in which we contemplate a long history of the use of line and color, now being free to mix all in one world.”

Miriam Bloom holds her BA from Brandeis University and her MFA from University of Iowa. Bloom’s first New York exhibition IS THIS A WORK OF ART II was at the Jock Truman Gallery in 1975. Her work has also been exhibited internationally, including in Hiroshima, Japan; Malmo, Sweden; Lippstadt, Germany; Istanbul, Turkey; Sao Paulo, Brazil; and Copenhagen, Denmark. Among her many awards, she has received two artist’s fellowships from the National Endowment for the Arts, three New York Foundation for the Arts fellowships, three Pollack-Krasner Foundation grants, three MacDowell Colony fellowships, Gottlieb Foundation grant, the Athena Foundation grant, and The Marie Walsh Sharpe Art Foundation grant. She is included in public and private collections including the Bass Museum, Miami; the DePaul Art Museum, Chicago; The Bemis Foundation, Omaha; Colgate University, the Kohler Company, the Hallmark Art Collection, and the estates of Louise Nevelson and Emily Tremaine.

In addition to being an artist, Ron Morosan is also a writer, curator, and educator. He was in the first exhibition at the New Museum, MEMORY, curated by founder Marcia Tucker, who also included his work in the show PARADISE LOST/PARADISE REGAINED, at the American Pavilion of the Venice Biennale in 1984. His work has been exhibited internationally, including at the Municipal Art Gallery in Athens, Greece, the Calouste Gulbenkian Foundation in Lisbon, Portugal, the State Painting and Sculpture Museum in Ankara, Turkey, and the Circulo De Bellas Artes in Madrid, Spain. He has written extensively about art and is the recipient of a National Endowment for the Arts grant; museum collections include MOCA Chicago, The Mint Museum, Charlotte, NC, The Lannan Foundation, The Bemis Foundation, New Jersey State Museum, Islip Art Museum and the collection of Agnes Gund.