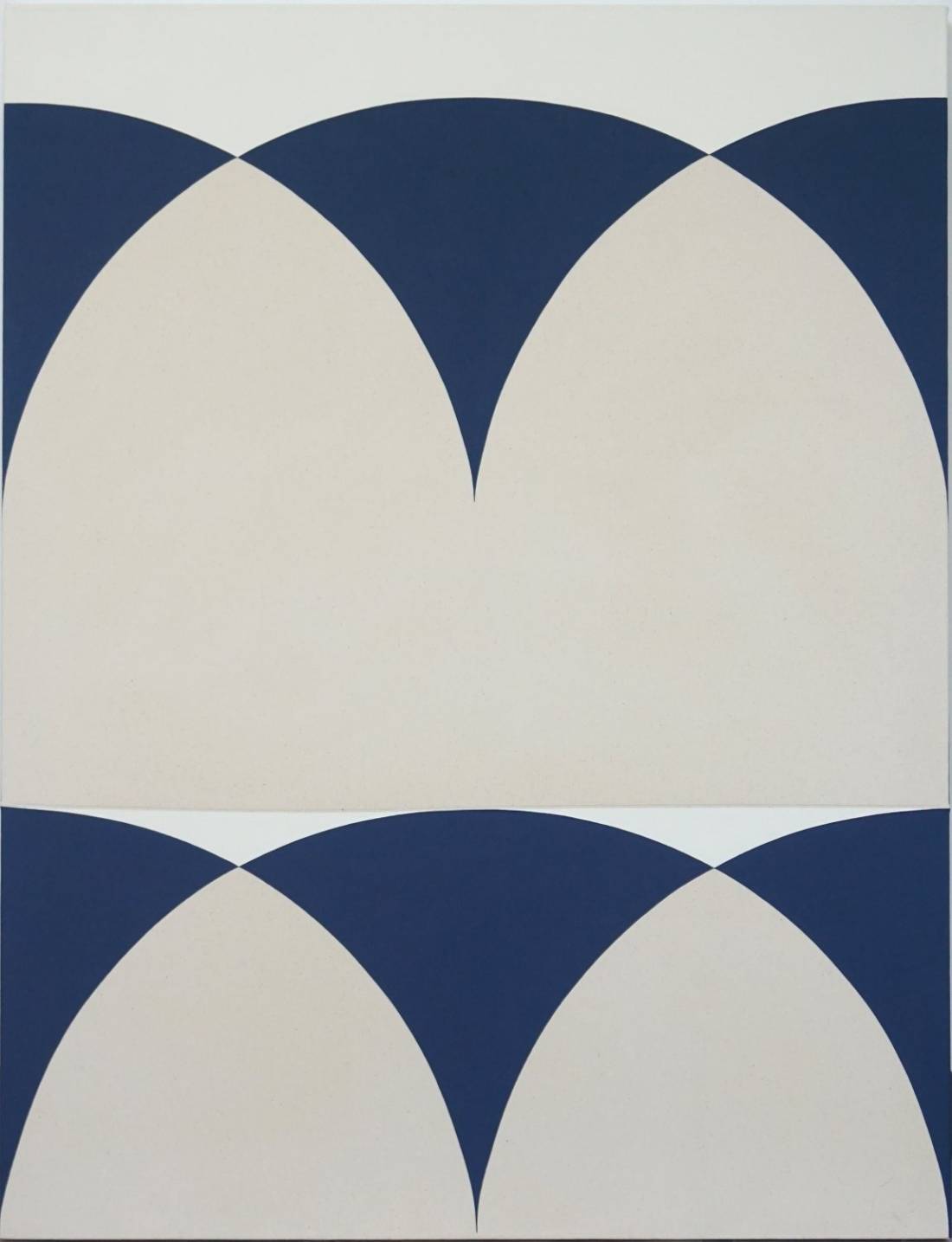 Heather Gaudio Fine Art is pleased to announce Hyun Jung Ahn: Rendezvous, her first solo exhibition at the gallery. The show will feature newly created paintings by the artist and will run April 2nd through May 7th.

Born and raised in South Korea, Ahn is a multidisciplinary artist who moved to New York City in 2015 in pursuit of her second M.F.A. Her work investigates abstraction through enigmatic forms she terms “shapes of mind.” The cultural differences and language barriers she experienced when she moved to the United States forced Ahn to “quiet her mind,” as she states. Her work evolved from the figurative and representational to a reduced abstraction that economized and purified her expression. The result was a new visual language that became more hermetic and enigmatic in color and form. Although today she is mostly Brooklyn based, she continues to straddle both cultures by maintaining a studio and teaching position in Seoul.

During an artist residency at Mass MoCA a few years ago, Ahn was introduced to working with textiles, weaving, and sewing machines. The latter became an integral breakthrough in her artistic practice. She began to stitch canvases together, the seam offering alternative ways to make a mark on the material. Although created with the use of a sewing machine, these marks are not perfect and are evocative of a line drawn across the canvas. They reflect her preoccupation with the immediate and the continued sense of the hand on the final artwork.

Ahn’s process begins with creating a visual diary through small drawings that capture feelings, personal connections, and emotional states of being. These are then transferred into larger drawings, paintings, and sculpture. For this exhibition, Ahn will present paintings created in the last year in her Brooklyn and Seoul studios. These works reflect a rendezvous, a point of re-connection and coming together, a reflection of the world as it began to open. The compositional shapes and lines are geometric abstractions with soft curves, a deliberate departure from harder edged forms. For Ahn, the round organic forms are more relatable on an emotional level. Her carefully moderated palette further echoes the temperature of a sentiment.  Most of the works in the show conjure the color and light of the sky at different times of the day, perhaps an unconscious meditation on the accessibility to the outdoors. The artist enjoys executing paintings in series, and many of these works have companions in diptych or triptych forms.

In many ways Ahn’s work has a foothold in the first-generation South Korean abstract artists that emerged in the 1970s. While her approach to the materials may differ from the Dansaekwa tradition, she shares with her forbearers their meditative process, their physicality with the material and their monochromatic, non-figurative neutral hues. Her minimalist compositions are not only formalist concerns with line, color, and flatness, but also offer a timeless tranquility through an ordered and balanced harmony.

Ahn earned her B.F.A. and M.F.A. at the Duk-Sung Women’s University in Seoul and her second M.F.A. at Pratt Institute. In addition to receiving several emerging young artist awards in Korea and Tuscany, Italy, she has participated in several artist residencies including the aforementioned residency at Mass MoCA in North Adams. Her work has been featured in many solo and group exhibitions in the U.S. and South Korea.

Heather Gaudio Fine Art specializes in emerging and established artists, offering painting, works on paper, photography and sculpture. The gallery provides a full-range of art advisory services, from forming and maintaining a collection, to securing secondary market material, to assisting with framing and installation. The focus is on each individual client, selecting art that best serves his or her vision, space, and resources. The six exhibitions offered every year are designed to present important talent and provide artwork appealing to a broad range of interests. Gallery hours are Tuesday through Saturday; 10:30am to 5:30pm; and by appointment.