Icons, Unknowns and a little bit of Dough 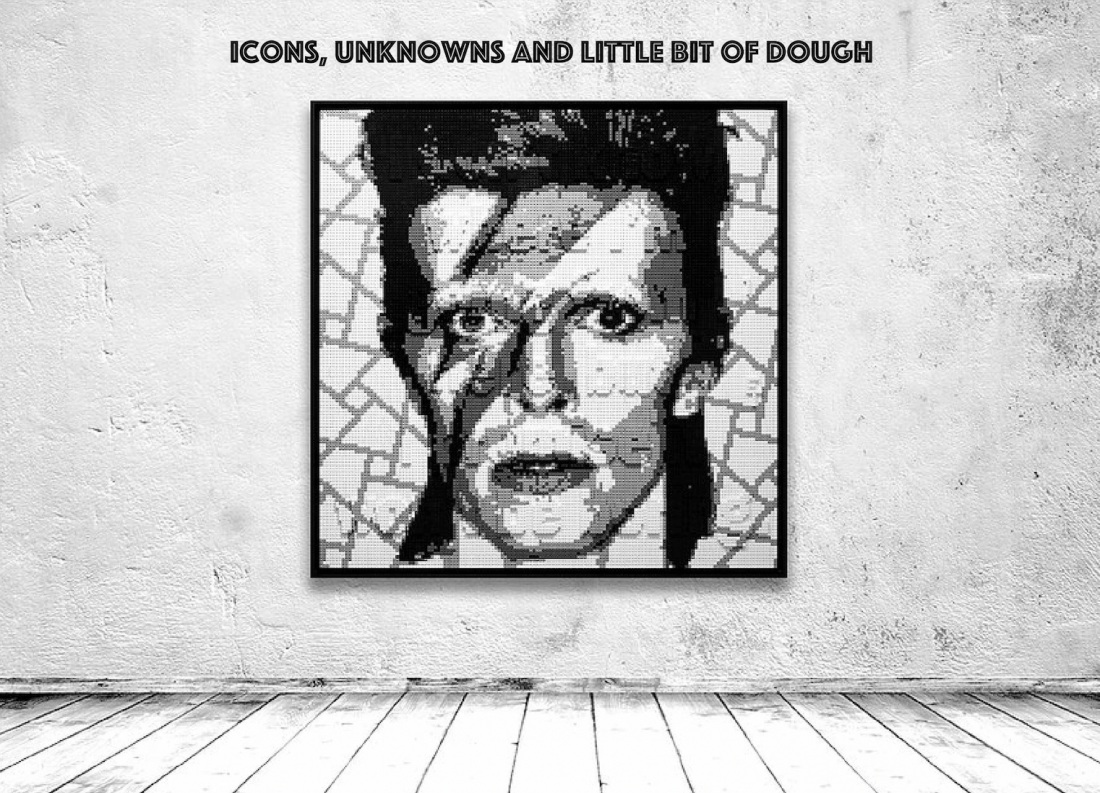 Born and raised in Los Angeles, Eric first started creating art as a refuge from a Wall Street job that was burning him out.  While on a self imposed break from work, his creative endeavors became the pathway for personal restoration and change.  He has been pursuing his artistic passions ever since.

With Icons, Unknowns, and a little bit of Dough, Eric brings together two very different bodies of work, emphasizing the diversity of style for which he is known.  In his Rebirth of the Pixel series the pieces are made from thousands of Legos. "I'm really fascinated how the human eye and brain work together. This got me thinking about the notion of pixelization - any image can be broken down into small units of color". The resulting pieces are a celebration of some of Eric's favorite icons juxtaposed against unknown people who have endured real hardship. The contrast of life.

Eric recently began to explore techniques found in the urban art scene while still integrating clear messages for the viewer. These new pieces on display dare to share potentially irreconcilable views on money - or dough!

In this solo exhibition, Eric Thaller brings together two vastly different styles of work.  From his series Rebirth of the Pixel, Eric contrasts images of pop culture icons with that of two unknowns, one a refugee and the other homeless.  Brought to life in Lego, these pieces reveal surprising detail from a distance, but one should not miss the hidden messages up close.

Also featured are two newer works tackling the impact of money in our lives.  These stenciled paintings are also characterized by a variety of messages embedded in the details and are seen differently in the light and in the dark.

Eric strives to deliver not only interesting imagery but lasting impressions about the subject matter itself.  Together these works beg the viewer to reflect on life’s uncertainties, what is important and the various paths we all take.

Eric is a local resident and was born here in the City of Angels.

Other events from Pernille Kjeldsen