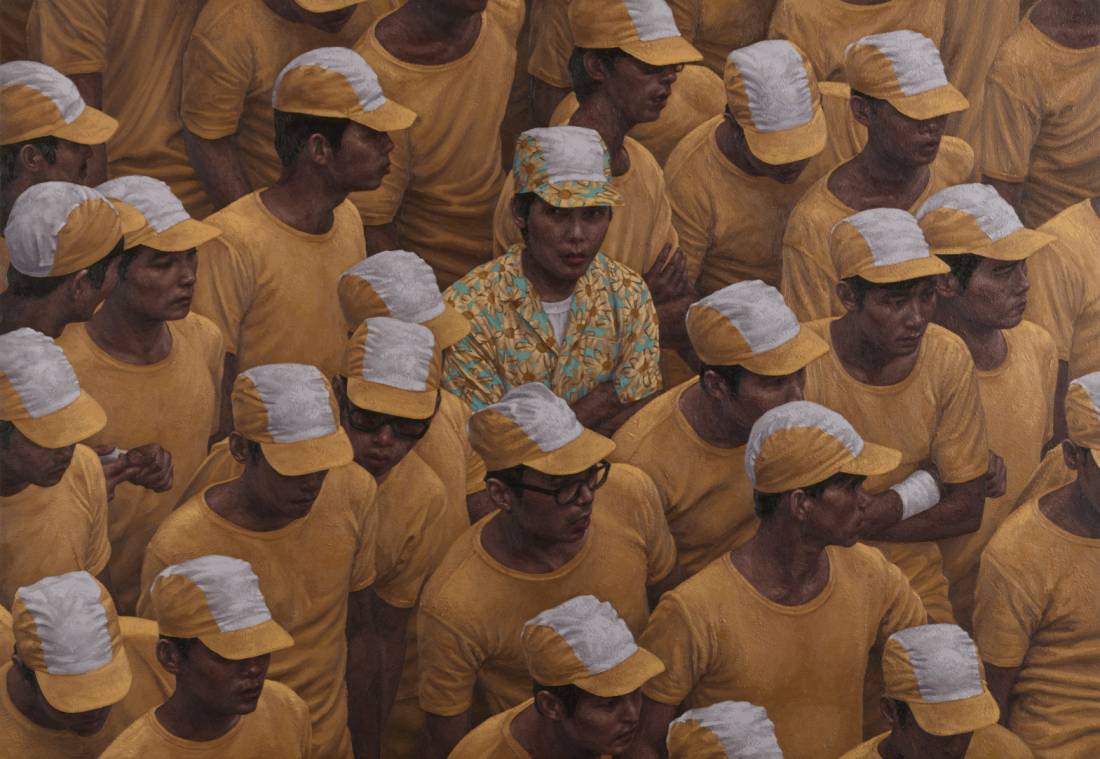 Billis Williams Gallery is pleased to present Christopher Murphy: Tangle, the gallery’s first solo exhibition of paintings by the Los Angeles-based artist.  Murphy’s oil paintings are a meditation on life during the last  several complicated years.  The exhibition opens with an artist’s reception on Saturday, January 7th, from 4-7pm, and is on view through February 18th, 2023.

Christopher Murphy’s paintings exist in a space between real and surreal.  This new series is exquisitely painted figurative realism at first glance.  At second glance, that reality splinters into questions about what is being depicted.  Painted during the complicated last three years, these paintings are a visual representation of the lived experience of recent history.  What appears at first glance to be groups of people, upon closer inspection reveals to be the same person repeated in different positions and at different angles.  The paintings then become about an inner conversation - about the experience of being within a many-sided monologue.

Classical references are elegantly nodded to in a very contemporary voice in Coogi Hydra and Coordiate.  Tangle reveals layer upon layer upon layer with each viewing - claustrophobic crowds, protests, politics, the empty spectacle of the media.  Four on the Floor starts as dance and becomes about pattern and color, light and shadow, angle and repetition.

Christopher Murphy was born in 1977 and grew up in Irvine, CA.  He received his BFA from Art Center College of Design in 2002, and received the highest honor of graduation with distinction.  His work has been reviewed by The LA Times, Artweek, and Art Papers. In 2012, he was selected as the New American Paintings Reader’s Choice Winner.  He currently lives and works in Los Angeles.

Other events from Billis Williams Gallery