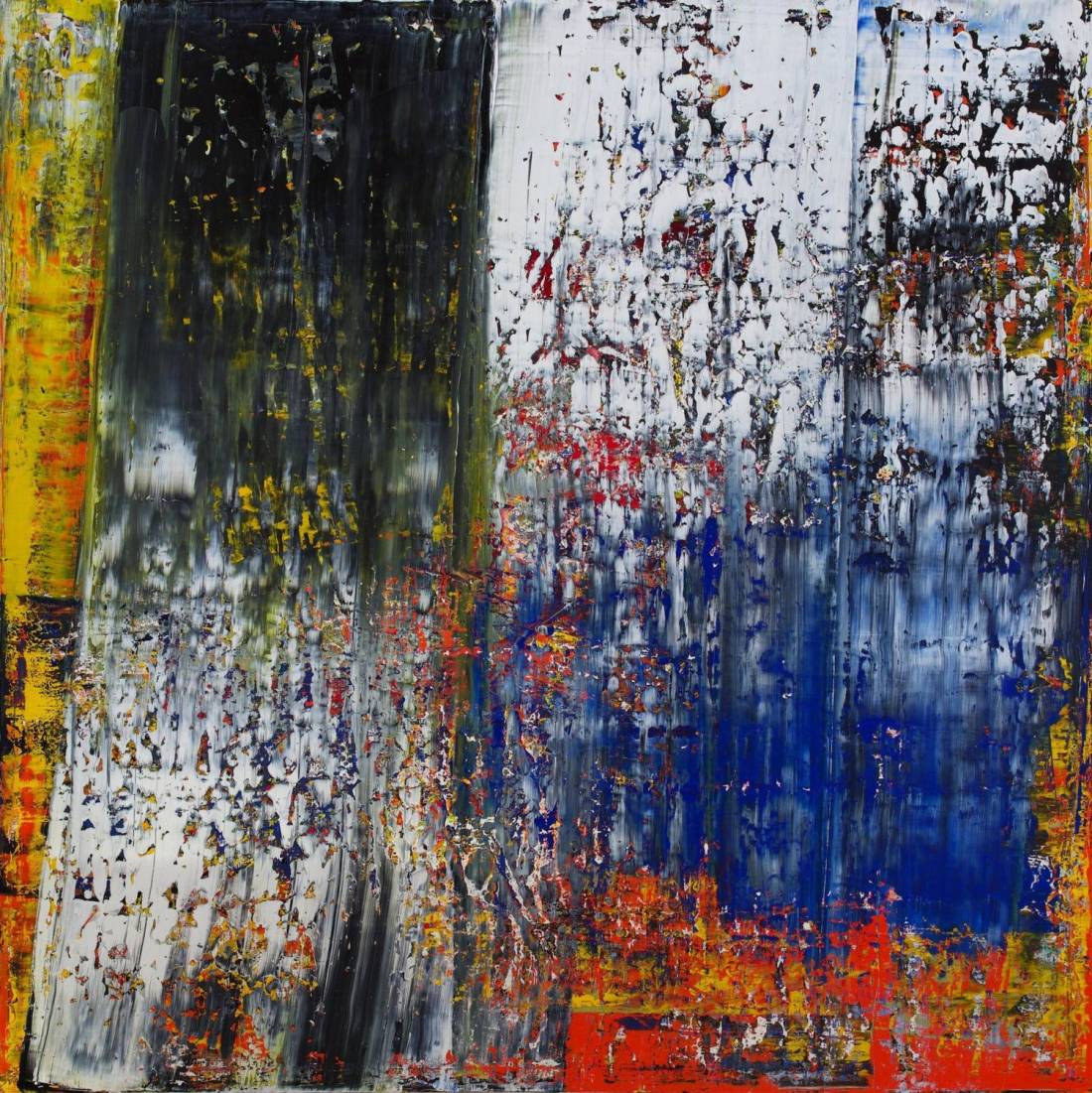 Harry Moody received his formal training as an artist at the Frankfurt Stadel Fine Art Academy in Frankfurt, Germany. Karl Otto Götz, one Moody’s earliest mentors and an important member of the German Art Informel movement, encouraged Moody to enter the school. He majored in Free Painting under the Professors Johannes Schreiter, Thomas Bayrle and Josef Beuys. In 1985, also at the Stadel Academy, he was introduced to the works and philosophies of the then residing Guest Professor Gerhard Richter who eventually profoundly influenced the artistic direction that Moody was to embark on. During this period, he engaged with internationally renowned artists who would come to be known as key figures in the New European Painting movement among other notable contributions.

“Every painting for me is a leap into the unknown. I apply oil pigments using a squeegee, a constant process of composing and destroying.  Regardless of my intentions, the painting takes on a life of it’s own. As I work, offering my limited honesty and humanity, it reciprocates with a respect I might not have conceptualized. Eventually the painting glares at me, saying, “I exist, I am alive, I have a soul and harmonize”.  At this point, I know that the painting is finished.”

At an interlude of his artistic career, Moody gravitated toward the discerning and esteemed positions in the art world as fine arts dealer, gallery owner, membership in CINOA, appraiser, conserver/restorer, participant in numerous art fairs in Maastricht, Koln, Munchen, Frankfurt, author and art critic for Art-i-fact, freelance curator for the Bellvue Art Museum, Seattle, Ukai Museum, Tokyo and for privately owned collections, and was on the Board of Trustees at the Seattle Fine Art Academy.

Moody has pursued a dialogue concerning art ideals throughout his aforementioned responsibilities in the art world and eventually returned to the necessity to express himself artistically. Included in his artistic achievements to date are numerous exhibitions and recognitions, which bring to the forefront the legacy of his schooling among leading German artists who have left their mark in art history. He has exhibited at the Stadel Museum Frankfurt, the Landes Museum Wiesbaden, at the Untitled Gallery Los Angeles, the Burr Gallery, Burbank, FP Contemporary, Culver City, CA, TKO Art, LLC, Irvine, CA and Art Soup, Los Angeles and most recently included in the London Biennale. He is a member of the Pasadena Society of Artists, Pasadena, CA and the Abstract Artist Gallery USA. Recently his work was included in the collection "Abstract America" curated by Rebecca Wilson, Director at the Saatchi Gallery London. Additionally, his works can be found in public institutions and private collections.

Other events from FP Contemporary