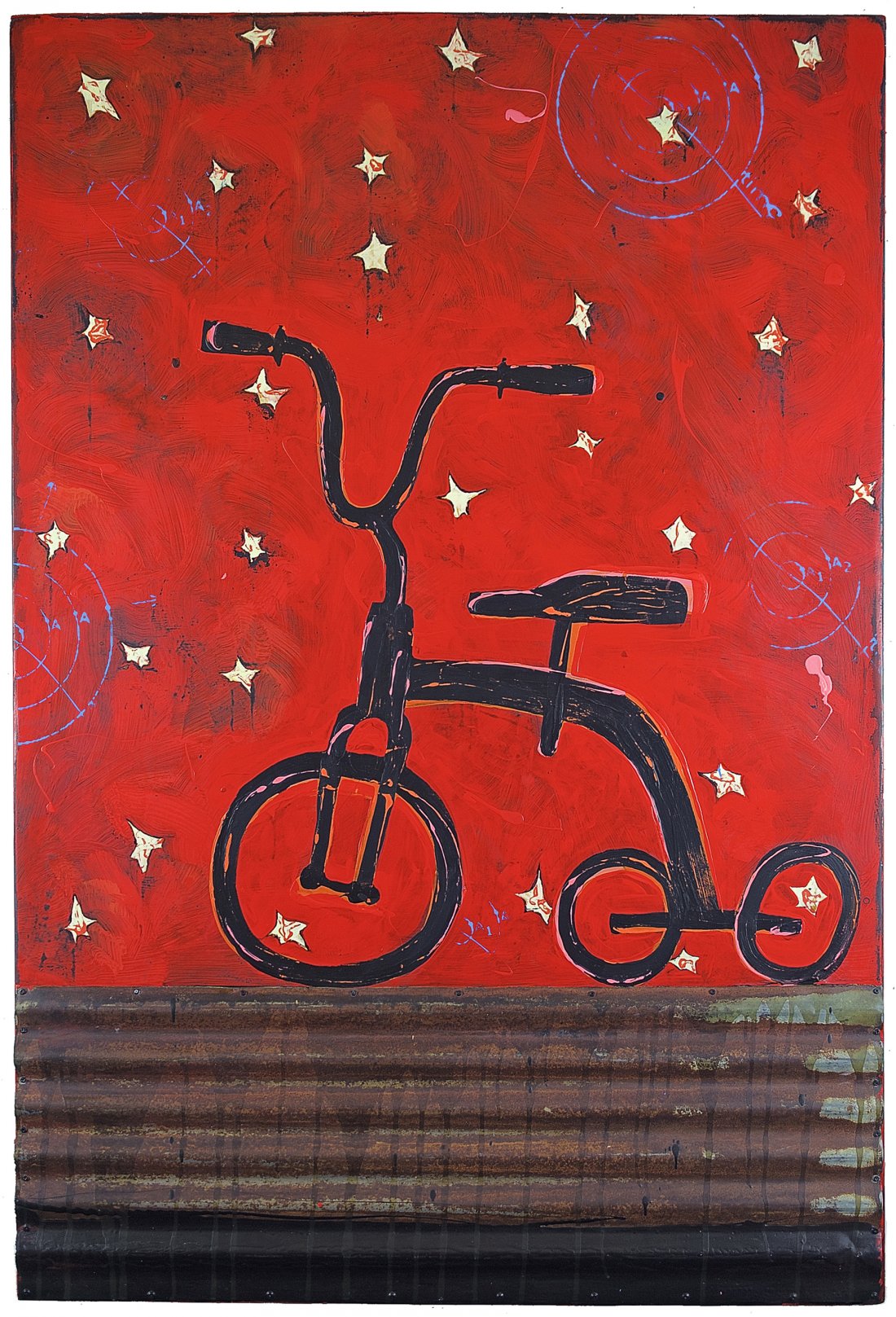 Lisa Bartleson is a Los Angeles-based mixed-media artist whose work is inspired by the Light and Space movement from the 1960’s and1970’s. The use of cast bio-resin, hi-gloss resin and pigments give her work a luminous quality, which interacts with the viewer’s perception of light and color. Bartleson’s work can be found in many prominent public and private collections around the world, including the Museum of Art and History in Lancaster, CA and Pio Monte della Misericordia in Naples, Italy.

Christina Craemer is a Los Angeles-based artist who travels the world photographing various scenery, especially waterfalls. She recently returned from trips to Iceland and South Africa. Craemer layers multiple images from the same photo shoot to create a final, powerful composition, with the intention to envelope the viewer into a complete and calming emotional experience. Recently, Craemer started painting, evoking the same powerful impact as her photography.

Dirk De Bruycker was born in Ghent, Belgium but lived and worked in Santa Fe, NM for the past 30 years until his passing in July 2015. De Bruycker took an intuitive, process-oriented approach to his work, which he described as “emotive and fluid”.  His abstract color forms are composed of a palette he defined as “internal emotional” colors.  De Bruycker was honored with the prestigious Visual Artist Fellowship Grant from the National Endowment for the Arts and has paintings in the permanent collections of the New Mexico Art Museum, Flemish Community Government in the Province of East Flanders, Ministry of Visual Arts, Brussels, Belgium and the Daum Museum of Contemporary Art, MO.

Betty Gold is an internationally recognized geometric-abstract sculptor and painter.  Her sculptures generally range from eight to twenty-eight feet in height.  Gold lives and works in Venice, CA and Santa Fe, NM.  She became associated with MADI, an international abstract art movement in the 1980’s.  In 2005, Gold was honored with a major retrospective exhibition at the Casal Solleric Museum, a historic castle in Palma, Mallorca, Spain. Her work can be found in countless prominent public and private art collections and museums such as the Castellani Art Museum of Niagara University in New York, Museo Nacional Centro de Arte Reina Sofia in Madrid, Palm Springs Art Museum, Phoenix Art Museum, Oakland Museum of California and many more.

Michael Kalish is an internationally acclaimed mixed-media artist based in Los Angeles. His passion for metal started with vintage car parts and license plates and evolved to more refined laser cut aluminum and mirrored stainless steel sculptures with references to American culture, produced under Kalish Editions. His most well known large-scale public installation was the Muhammad Ali Monument exhibited in downtown Los Angeles in 2011.

Sand T Kalloch is an internationally acclaimed mixed-media artist originally from Malaysia currently residing outside of Boston, MA.  Kalloch works primarily with resin and graphite on acrylic panels to create a harmonic and balanced visual experience. Currently, she is working on a 250-foot public art project that will consist of 80 panels of 3’x3’ paintings. The anticipated completion date is Summer 2016.

Tom Lieber is a Los Angeles-based abstract painter and printmaker.  He is a recipient of the Visual Artist Fellowship Grant from the National Endowment for the Arts and his paintings are in the permanent collections of the Metropolitan Museum of Art NY, Solomon R. Guggenheim Museum, San Francisco Museum of Modern Art, Museum of Contemporary Art, Los Angeles, Tate London, Martin Margulies Collection, among many others.

Claudia Meyer is a Swiss-born, mixed-media artist living in Paris, France.  Her dimensional wall artwork is in prominent private and public collections around the globe.  “Through a three-dimensional approach and numerous supports, transversality becomes my tool to re-define invisible boundaries of energy and flows.  In other words, what I am trying to convey and accomplish is a sense of subliminal and uplifting dialog through colors, transparency and shapes.” Many of her works are backlit with LED to add depth and intrigue.

Harry Moody is a Los Angeles-based abstract painter.  He received his formal art training at the Frankfurt Stadel Fine Art Academy in Germany.  Moody was a student of the German visual artist Gerhard Richter, who became a great influence on Moody’s own artistic direction. Throughout his professional life, Moody has pursued a dialogue concerning art ideals and the necessity to express oneself artistically.

Julia Nee Chu is an internationally acclaimed abstract painter born in Shanghai, China and currently living in Los Angeles. Her paintings call upon nature, movement and calligraphy. Chu received her BA from UCLA in 1978 and her MFA from UCLA in 1981. “My act of painting is a dialogue between the conscious and the unconscious and the orientation of myself to the world.”  Her work is held in museums as well as public and private collections around the world.

John Randall Nelson is an Arizona-based painter and sculptor.  Nelson’s works are layered with his own personal language consisting of patterns, symbols, and archetypes that may not make any literal sense but play on subconscious associations.  His paintings are thick with poured pigment, saturated washes and worked with layers of drawing and collage. His work can be found in the permanent collections of Scottsdale Museum of Contemporary Art, Scottsdale, AZ, Arizona State University Art Museum, Tempe AZ among other prominent public and private collections.

Hunt Rettig is a mixed-media artist based in Aspen, Colorado. His three-dimensional wall sculptures often consist of polyester film, thermoplastic rubber and acrylics that he molds to create organic shapes full of light and dimension placed under frosted plexiglass to instill a soft glow. “Within my terrain I see cross sections of cross sections, unnatural confluences, un-navigable borders, unrestricted constriction and breath-like expansion. Especially with plantlike forms I see what I can best describe as the invisibly visible…landscapes unnatural yet natural at the same time.”

Mark Vinci is a Phoenix-based mixed media artist and a recipient of the prestigious Pollock-Krasner Foundation Grant. He studied at the School of Visual Arts in New York for a few years before achieving his BFA from Kutztown University in Kutztown, PA. Vinci uses paint, billboard paper and various imagery to construct abstract collages documenting what he feels is the collective experience of the high-speed, dynamic nature of modern city life.

Other events from FP Contemporary