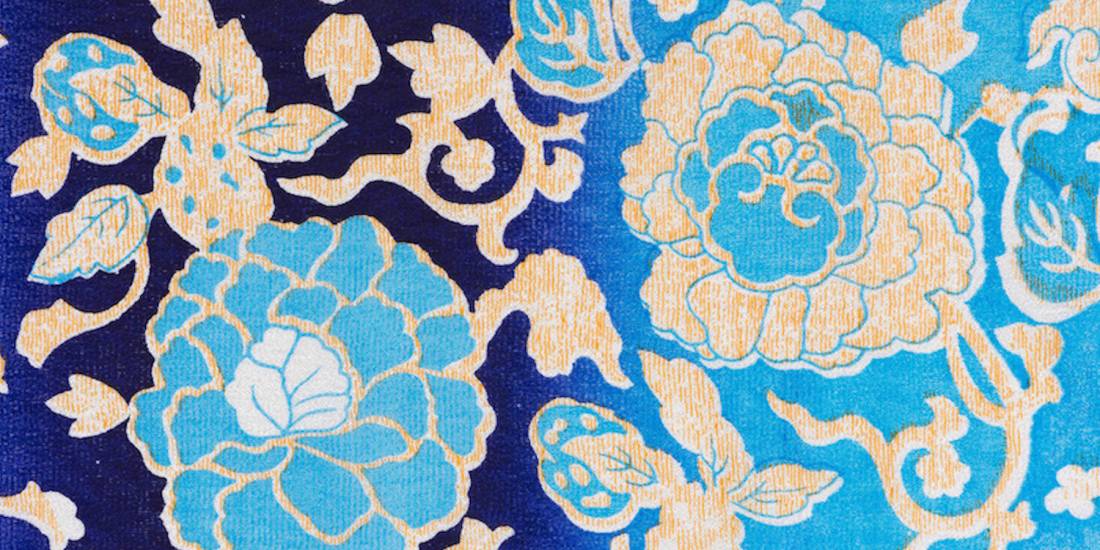 Czech Center New York in collaboration with UPM, The Museum of Decorative Arts in Prague presents “Mad Silkman: Zika & Lida Ascher Textiles and Fashion,” the first U.S. exhibition focused on the life and work of Zika and Lida Ascher, a husband-and-wife duo who left Czechoslovakia before the outbreak of WW2 and built a textile empire in the United Kingdom, which supplied fabrics to the international fashion industry. The exhibition will be on view March 25-May 20, 2022.

The opening reception, followed by a screening of a documentary “Mad Silkman” (Dir. Hedvika Hlaváčková, 2020, 51 min) and a brief panel discussion, will take place on Thursday, March 24, 6:30 – 9 PM.

Featuring more than fifty original patterns, textile samples, photos, drawings and videos, “Mad Silkman” is a scaled down version of UPM’s 2019 exhibition curated by Konstantina Hlaváčková, head of the Museum’s Textile and Fashion Collection. Most items in the exhibition have been generously lent by the the Ascher Family Archive in the United States.

Zika (Zikmund) Ascher was born in Prague in 1910 into a family of Jewish textile businessmen, opening a popular textile shop with his brother, Josef at the age of 22. A successful Alpine skier, he represented Czechoslovakia in many international competitions, earning a moniker “Mad Silkman” for his daredevil style on the slopes. He married Lida (Ludmila) Tydlitátová in 1939 and left for a Scandinavian honeymoon just a few days before the Nazis invaded Czechoslovakia. The couple found their way from Norway to London making it their new home, and, in 1942, founding a textile company Ascher (London) Ltd that printed fabrics for women’s clothes.

Lida Ascher died in London in 1983, followed by Zika nine years later. The illustrious Czech couple has been subject of a book “Mad Silkman: Textiles & Fashion” (Slovart Publishing, 2019) and a documentary.

THE CZECH CENTER’S mission is to actively promote the Czech Republic by showcasing Czech culture, innovations and creativity in the US. Its program covers visual and performing arts, film, literature, music, architecture, design and fashion, science and social innovations. As well as hosting its own events, the Czech Center offers support for other groups organizing intercultural initiatives among Czech and US partners.

The Czech Center also seeks to further enhance cultural relationships between the US and the Czech Republic through curatorial visits, media tours and artistic residencies; helping to generate creative dialogue among artists, scholars, scientists and cultural activists from both countries. The Center promotes instruction of Czech language and provides series of Czech language courses.

The Czech Center, a contributory organization of the Czech Ministry of Foreign Affairs, opened in New York in 1996. The Czech Center is part of a worldwide network of 26 branches across three continents including the Czech Houses in Moscow, Jerusalem and Bratislava. The Czech Center was a founding member of the EUNIC.