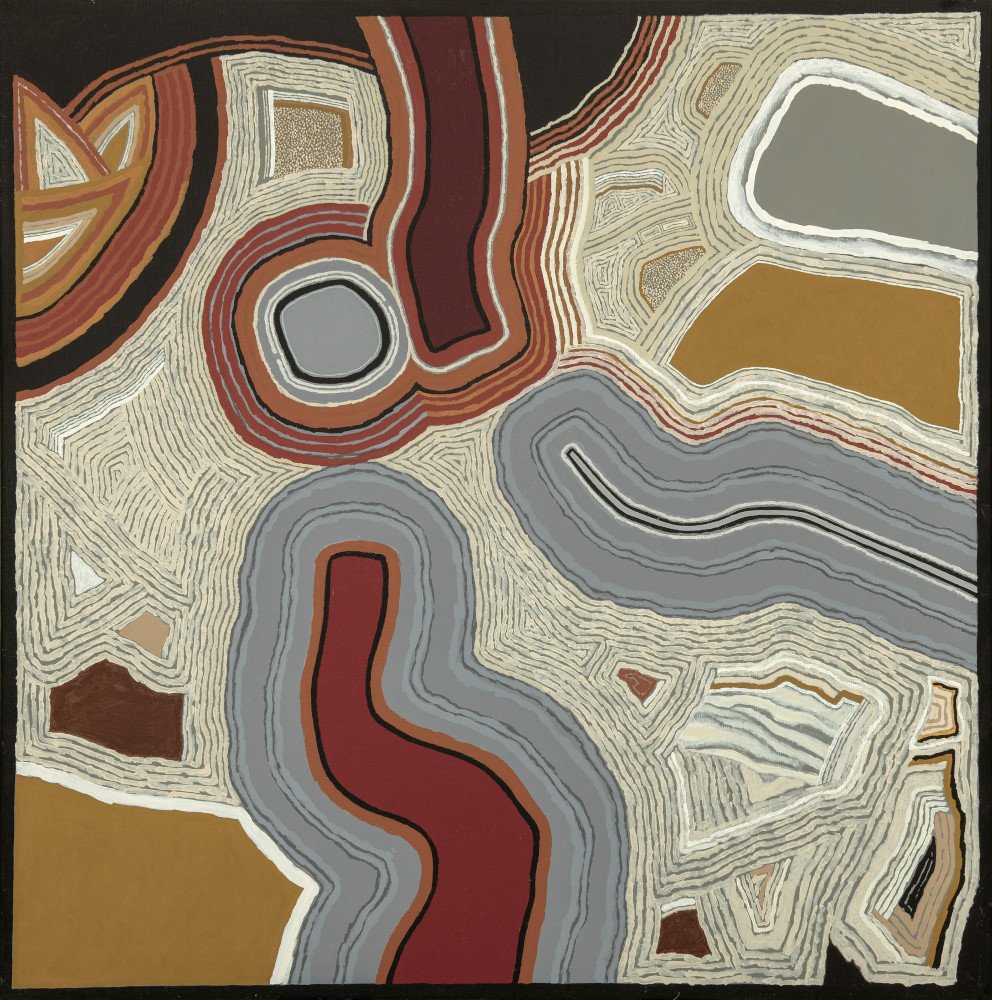 Southampton City Art Gallery is delighted to present a retrospective by the acclaimed British painter John Hitchens. Entitled Aspects of Landscape, the exhibition features more than fifty works spanning almost six decades and charts the artist’s journey from descriptive to a unique form of abstract painting.

Hitchens first came to public prominence in the 1960s and 1970s, when his work was represented by the London galleries, Marjorie Parr and Montpelier Studio. Since this period his work has been acquired by many public institutions and private collections in the UK and overseas.

Then as now, his main subject and source of inspiration is the landscape of the British Isles, its hills and field patterns, woodland, sea, the night sky and forms in nature — and the South Downs and woodlands that surround his studio, which he has known since childhood, in particular.

While his early paintings were mostly pictorial descriptions of landscapes with wide, open skies, his later work, from the 1990s onwards, began to lean towards abstraction and became increasingly studio based. This development was greatly influenced by a period spent photographing landscapes from the air, which enabled him to gain an awareness of the land as a two-dimensional composition.

Through this, Hitchens developed a visual language entirely his own. While it is at first glance conventionally abstract, closer inspection reveals the circles and lines occurring in nature. Other influences come from observing man-made patterns in the landscape and from his wife’s hand-woven rugs. His use of strong earth colours has its origin partly in natural dye colours seen in hand-woven fabrics.

Aspects of Landscape, which is arranged over four galleries, includes also a display of three-dimensional works, sketchbooks and photographs of the artist’s studio, offering an insight in the range and diversity of Hitchens’ work.

A landmark show — much of his new body of work has never been exhibited and remains little known – Aspects of Landscape falls in Hitchens’ eightieth year, and is accompanied by a monograph with an essay by Caroline Collier, a former director at Tate, a foreword by art historian Andrew Lambirth, as well as an introductory text by Professor Michael Tucker.

Says Dan Matthews, Collections & Exhibitions Manager at Southampton City Art Gallery: ‘We are honoured to be the first gallery to hold a major retrospective of John Hitchens’ work, whose approach to landscape painting is unique, with bold, abstract patterning and an earthy texture. It is fascinating to see how his work has evolved over the decades and to be able to bring so many paintings together, with some displayed for the first time is incredibly exciting.’

Hitchens is one of four generations of artists in his family. His grandfather Alfred Hitchens and his father Ivon Hitchens were both painters of landscapes.

John Hitchens was born in 1940, in Hove, Sussex. He studied at the Bath Academy of Art, Corsham, started exhibiting in the 1960s and had his first London solo exhibition in 1964. He has since shown his work in more than 30 solo and group exhibitions. His work is represented in public and private collections in England and overseas. John Hitchens’ father, Ivon Hitchens (1893–1979) and his grandfather Alfred Hitchens (1861–1942) were also painters. His son Simon Hitchens (b.1967) is a sculptor.