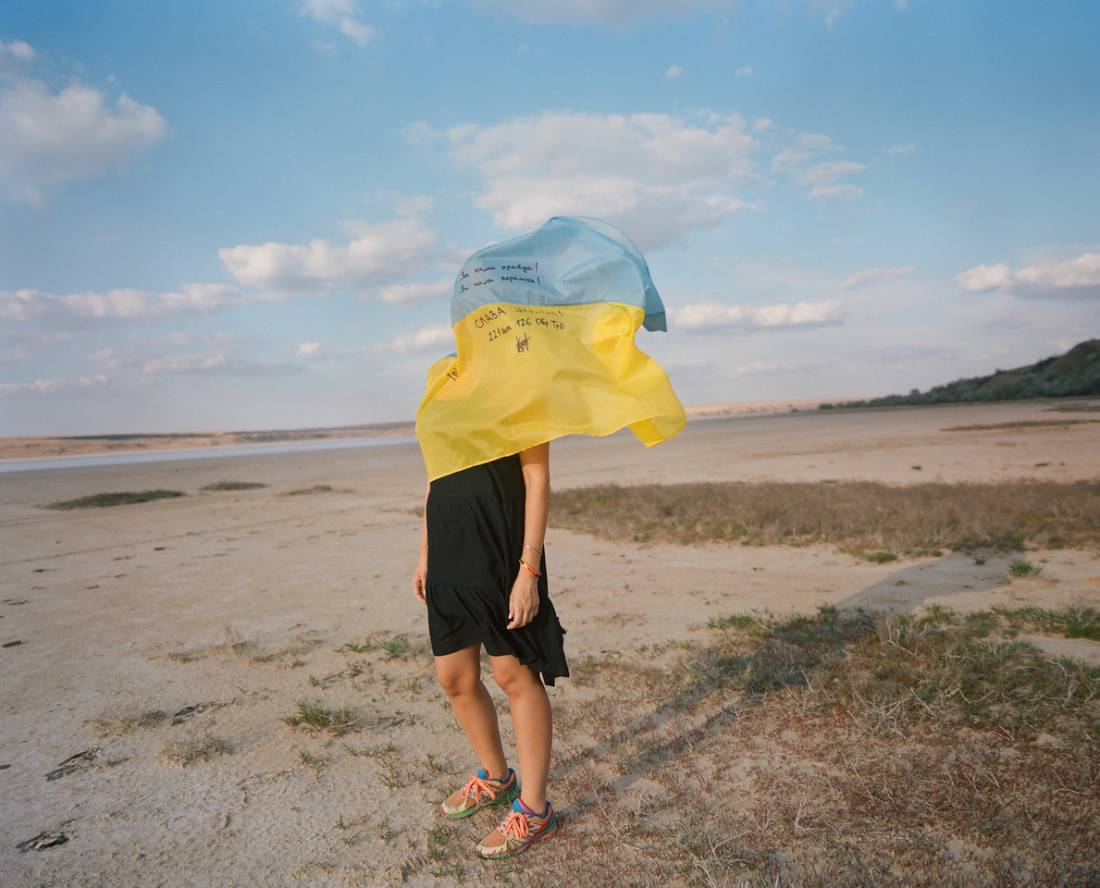 Wembley Park unveils a new public, open air exhibition by Ukrainian-born artist and photographer Ira Lupu. ‘Time of Phoenix’ will be on display from 4 October to 15 November 2022 and reveals an intimate set of photographs that document Lupu’s return to her home country, Ukraine, for the first time since the war began.

Exhibited for the first time in Wembley Park, the exhibition is part of 'Visions of Home,' a wider series, curated by Lupu, that includes photography exhibitions, site-specific installations, and digital artworks – conveying powerful messages to raise awareness of how, from the perspective of Ukrainian artists, a sense of home has been forever altered. For more information visit www.wembleypark.com/wembley-park-art-trail/

Previously based in New York, Lupu returned to Ukraine in May 2022, to help her mother to leave the country. Although she never planned to create a specific body of work during her time, this proved unavoidable, and the resulting series is one that reveals - intimately and sensitively - all the beauty, tragedy, routine, and rebirth of what she saw. From scenes of missile strikes to those of joyful youth, Lupu's photographs present a hopeful vision of her home. Despite the continuing sounds of missiles, she describes the importance of being at home during this critical time:

As part of the neighbourhood’s ongoing, year-round arts and culture strategy, the cultural team at Wembley Park has a commitment to support artists and amplify their voices. As such, ‘Visions of Home’ intends to convey how the perception of home has shifted catastrophically for much of the Ukrainian population – despite the war sliding out of the headlines. By observing how the perception of home has shifted for millions of Ukrainians affected by the Russian war, ‘Visions of Home’gently celebrates this peaceful place of belonging as an inseparable concept that lives forever in the Ukrainian consciousness. Using the urban landscape of Wembley Park, with careful consideration, as the canvas for art allows the viewer to absorb its power and beauty at every turn, in a subtle yet impactful way.

Ira Lupu is a photographer, multimedia artist, and writer born in Odesa, Ukraine, and currently based in New York City. She is a graduate of the New Media Narratives program at the International Center of Photography (NYC), and Viktor Marushchenko’s School of Photography (Kyiv).

Ira Lupu’s work explores the intersection of documentary and metaphorical space, where the carefully researched human worlds collide with ethereality. A core part of her photography is centred around the female experience — in her own body, emotional mind, or given environment.

Her ongoing project “On Dreams and Screens” focuses on the experiences of six online sex workers in Ukraine and the US exploring the place where an electronic body transitions into a real one.