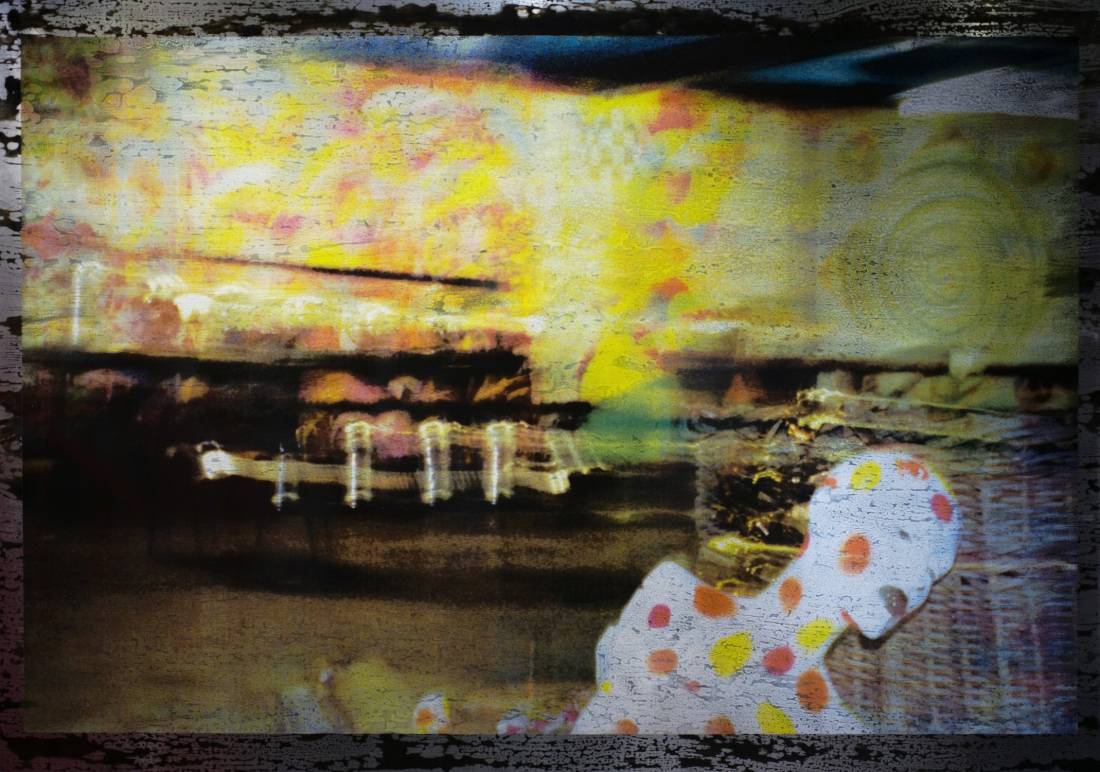 Lazarides’ first ever solo exhibition and the first time these works have been shown, the series was initially shot in 1992 and captures the euphoric birth of rave culture across North-East England. At a time when raves were being demonised by the press as a new wave of expression – and a threat to the fabric of society – Lazarides was present to document the emergence of various subcultures and the thousands who made them so electric, from the famous Blue Monkey club in Sunderland to the rave scene in Bristol and London’s Acid Jazz movement.

An evolution to Lazarides’ degree show 30 years ago (some pieces from which were used soon after in the V&A ‘Streetstyle’ show curated by Ted Polhemus), these works are screen-printed renditions, innovative responses to a scribble he found in a sketch book alongside the original photos: “See if you can screenprint the photos.” Printed on either brass or copper and distressed with aging fluids such as acid, ‘Rave Captured’ features a total of eight unique works.

‘Rave Captured’ takes place in the heart of London’s Soho and marks the re-launch of Laz Emporium, a space that is reinventing the curiosity shop for the 21st Century. Celebrating subculture in all its forms, Laz Emporium is home to limited runs of artworks and design collaborations with leading contemporary artists including Charming Baker, Jake Chapman, Jamie Hewlett and Jonathan Yeo.

Steve Lazarides is a publisher, photographer, collector and curator, renowned as one of the pioneers of popularising street art. Growing up in Bristol, he studied photography at Newcastle Polytechnic and subsequently worked as a photographer for definitive culture magazines such as Sleazenation and The Face, at the same time photographing British sub- youth cultures such as the UK Rave scene in the early 90s, skate culture and the rise of outsider street art.

In 2016, Lazarides began exploring his personal photography archive and spent four years carefully sifting through a collection of 12,500 images he took whilst documenting the rise of Banksy. The result is a candid photographic overview of the 11 years he spent as agent, photographer and right-hand man to one of the most famous artists of our time. Lazarides self-published and self-distributed the first and second editions of Banksy Captured Volume I & Volume II, with sales of over 60,000 copies.