The Masons: Into the Light - The Awakening 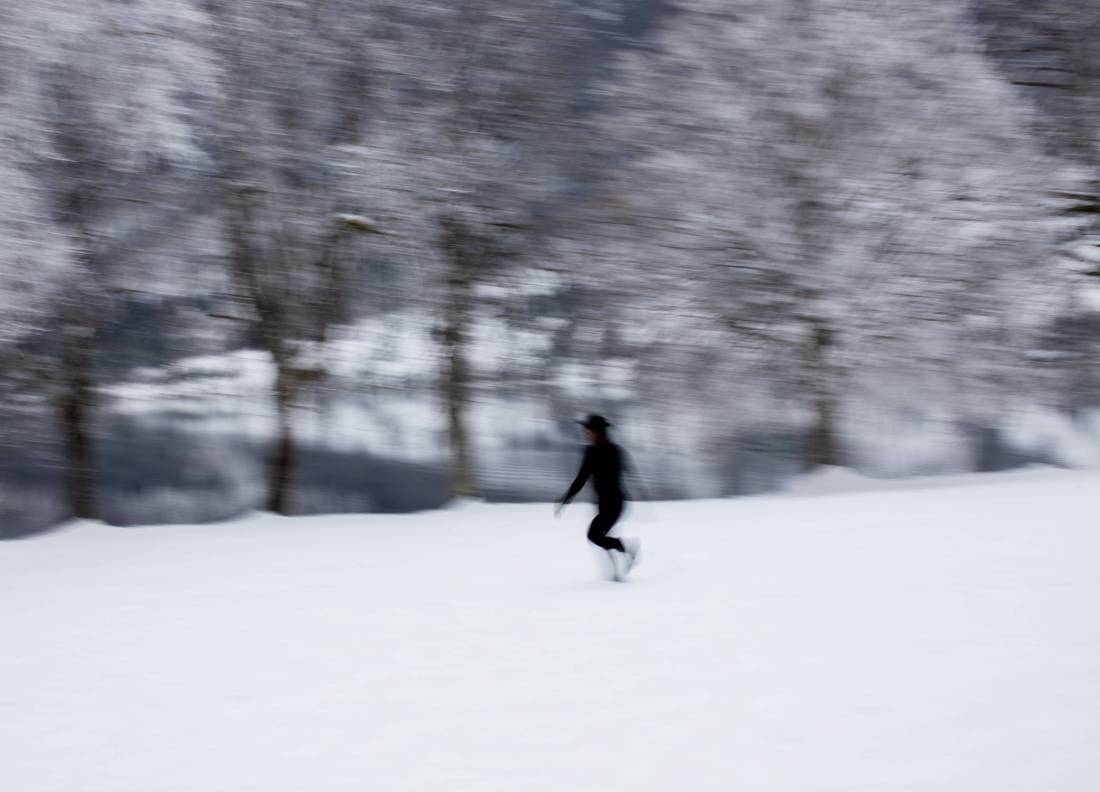 Boogie-Wall is delighted to present Into the Light — The Awakening, the first solo exhibition from the photographic duo, Donna-Marie and Maruska Mason, who are known professionally as The Masons. The show explores the dissociation from nature felt by black people that Donna-Marie, a child of Caribbean parents who grew up in London, sees as a legacy of slavery.

Into the light features eleven medium-scale portraits of Donna-Marie taken by Maruska at a variety of locations around the world, including Slovenia, the islands of the Caribbean and the Italian Dolomites. Together, they examine the interrelationships between culture, history, the body and nature, providing a compelling visual record of a personal journey taken by Maruska with Donna- Marie.

Maruska grew up in Slovenia surrounded by mountains, lakes and the sea; nature is very much at the centre of her being. For Donna-Marie, it was the opposite. As a child, she had no contact with nature, nor was she especially aware of the changing seasons. She says that despite both her parents coming from the Caribbean, ‘nature didn’t come easily’ to them. ‘It just wasn’t on their radar. They were hustling every day to make ends meet to survive. Being in nature just wasn’t part of our culture. They just weren’t shown that way of life.’

‘Although there are many epic stories of black culture before colonialism, it’s a fact that colonialism and slavery has a huge hand to play in the disconnect of black people with nature. It’s known that thousands of slaves threw themselves into the Atlantic ocean rather than live a life of slavery and many were told that the ocean was cursed so when they arrived across the waters to their new so-called home many were afraid of the sea. It was a way to control them.’

The Masons wanted to dive deeper into this. Looking into Donna-Marie’s journey and the culture that surrounded her, she felt that nature was very rarely a part of black stories, probably owing to these cultural and historic reasons.

Donna-Marie says: ‘The fear of the sea and ocean has been built into our psyche. Even today it’s known that the majority of black people can’t swim, because we are scared of the water. Working in the fields for long hours under the hot sun, with little food and water, whipped if they did not perform accordingly, the field workers’ skin would go darker under the sun and they were valued less. Still to this day the brainwashing is hard to reverse. Today young women and men still struggle to be heard and seen because they have darker skin tone, and are seen as uglier and less worthy. Even judged within our own community.

‘Looking back, my ancestors were continuously told nature was the enemy in one shape or another, surrounded by all that nature represented pain for them and this has been a massive trauma for our culture, a trauma that has led to generations of pain and consequently a big disconnect with nature. There is a thick layer of our untrust in nature. Which is very ironic as nature is a very core of who we were before colonialism. Many black people today fear the water, don’t like hiking, would never think to climb a mountain. And wouldn’t even entertain the idea of being in the snow, only for a short time throwing snowballs, only to rush inside quickly so as not to ruin our clothes, or to feel cold. There is this fear.’

Donna- Marie has had to push through that fear and embrace the emotions that come with that. She experienced her first sunset when she was 25 .The experience made her feel things she hadn’t felt before: ‘It made me feel special to witness such beauty, to feel beautiful inside. It made me know that there was more to life than the life I had been shown.”

She sees it in terms of an ‘awakening’. ‘I began to wonder why is this love and appreciation of nature often never experienced in the black culture I grew up in. For we as a community need this therapy to ease away the pain of centuries of trauma and suffering. Which is carried on for generations. I wanted to break my generation’s cycle and take myself places where black people just were not seen.’

Partners in life and creativity, Maruska and Donna-Marie Mason — known as The Masons — are a photography and directing duo based in London. The Masons creativite landscape is honed in from backgrounds in photography, film & TV.

Donna-Marie, born in London, graduated from London College of Fashion where she found her true love for photography. Her love for creativity and self-expression led her to work in Costume Design across Film & TV, where she would channel her creativity through storytelling. This soon opened up the world of directing and photography. Maruska, born in Slovenia, comes from an academic background however after graduating in Law, decided to pursue a more creative route. Maruska moved to London soon after meeting Donna-Marie in 2007 and the pair later joined their creative forces with the aim to start telling their own stories that they felt hadn’t been seen, but needed to be told, through their own visual expression.The Masons bring their distinct back- grounds together to create a unique style and redefine the cultural narrative.

Their work is a blend of the two very different worlds that they come from, but with a very unified message and visual approach. They capture complexity of characters and real emotion in a dra- matic and bold style and champion unconventional beauty. Inspired by nature, human connection & people who break boundaries, they explore diversity and equality in a timeless style with an edge, always pushing and allowing for their subject’s personality and stories to shine through.

The Masons are particularly well known for storytelling focused photography and treatment of skin and challenging outdated notions with honest, empowering, and positive representations of different cultures.