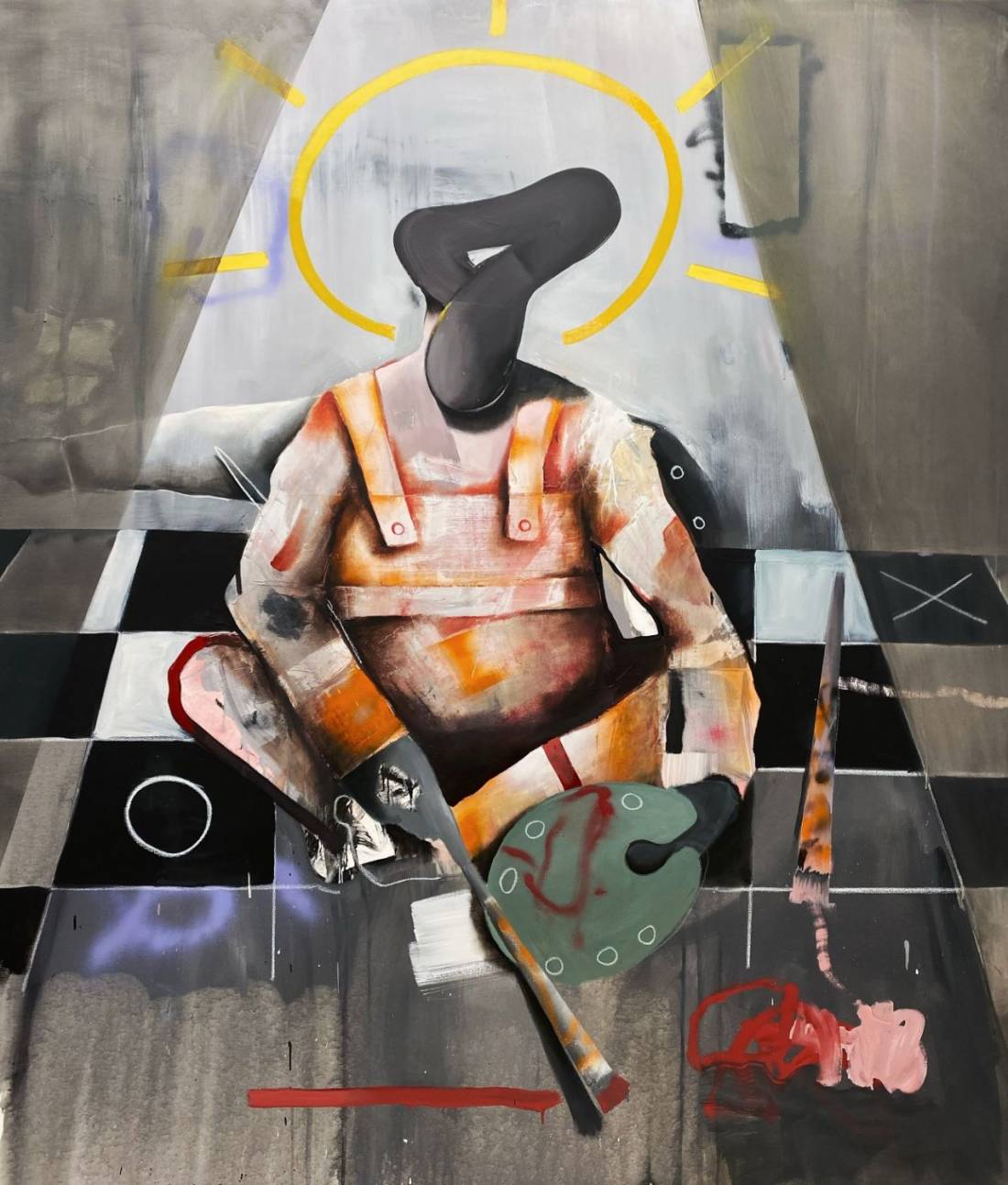 Almine Rech London is pleased to present its first solo exhibition of American artist Marcus Jansen, on view from 13 January until 20 February 2022.

Following on from ‘Power Structures,’ Jansen’s previous solo exhibition at Almine Rech Paris in Spring 2021, this next exhibition in London presents a new chapter. The artist’s surreal and abstract paintings continue to document the human condition critically, socially and politically, with colourful and expressive brushwork that draws the viewer into a reflection upon our history and presents – through the victim’s perspective. Scattered with recognisable symbols and iconography, the works nevertheless pause before the point of dictating any particular narrative. Instead, they enforce an invitation to engage in a complex puzzle of emotive visual anchors.

Jansen’s powerful, socially charged paintings are influenced by the two opposite worlds in which he grew up – responding to his experience of growing up in the Bronx and Queens (New York) in the 1970s, in stark contrast to his adolescent years in Monchengladbach, Germany. This unique perspective is further borne out of his eight-year service in the US military, where he gained first-hand experience of some of the most devastating and crucial events of the 20th Century. Jansen's unique oeuvre therefore serves as an emotive and refreshing insightful critique of the contemporary American and global political and sociological landscape. It is through the vocabulary of painting that he channels these individual and shared thoughts, emotions and fears.