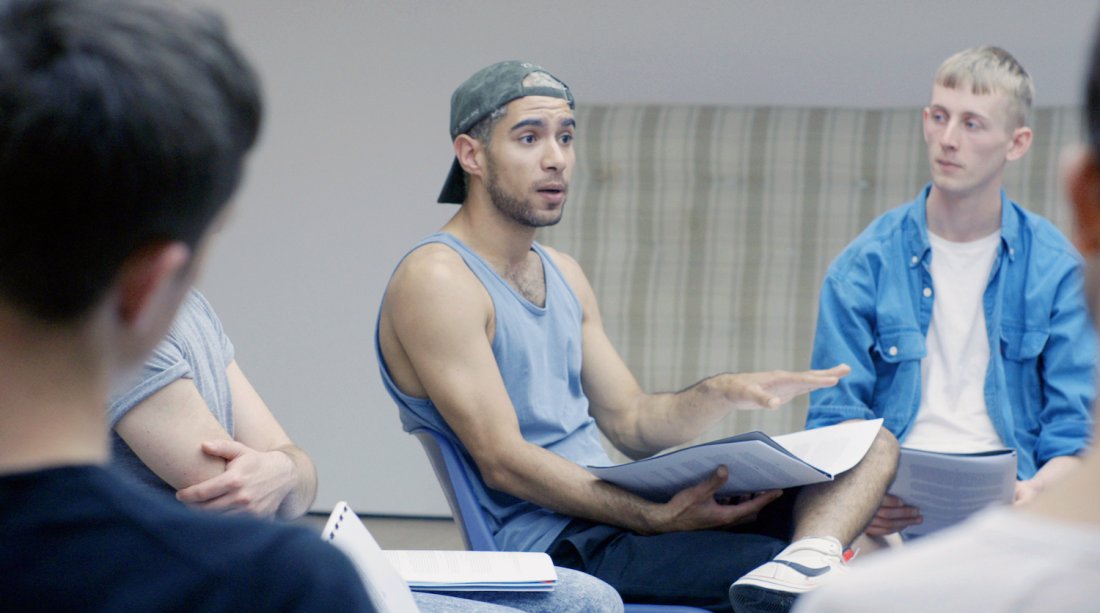 “BUTT wanted to bring the sex back into homosexuality, but also the coolness and the artistic heritage…BUTT empowers you to get into this stuff and take it on board - there are a lot of different ways to be gay…” Alex Needham, 2017

In January 2018 Chelsea Space presents After BUTT: a new film by Ian Giles exploring the cultural and social legacy of BUTT magazine (2001-2011); a publication made by and for gay men, noted for its iconic pink pages and candid interviews.

Within the filmmaking process, Ian Giles continues his employment of first-hand research, participatory workshops and verbatim theatre as structures to produce a social network. The magazine, ­BUTT acts as a locative device to consider gay histories, the presentation of gay men within mainstream media and links between medical advances and sexual freedom.  Working with a group of young gay men in a series of workshops, the script is a result of a collective vocal exercise to re-narrate the recollections of the men who originally founded the magazine from transcribed interviews with the artist.

Presented in the gallery is the film made from the final workshop where the young group re-voice the original interviews as an act of storytelling between generations; we hear the group sharing sexually charged narratives and frank reflections. The work also interrogates BUTT’s imbalances, raising questions around the magazines handling of race and gender. There is a playful relationship with language in the film: words becoming transferable between originators and speakers, to construct an oral portrait of the magazine.