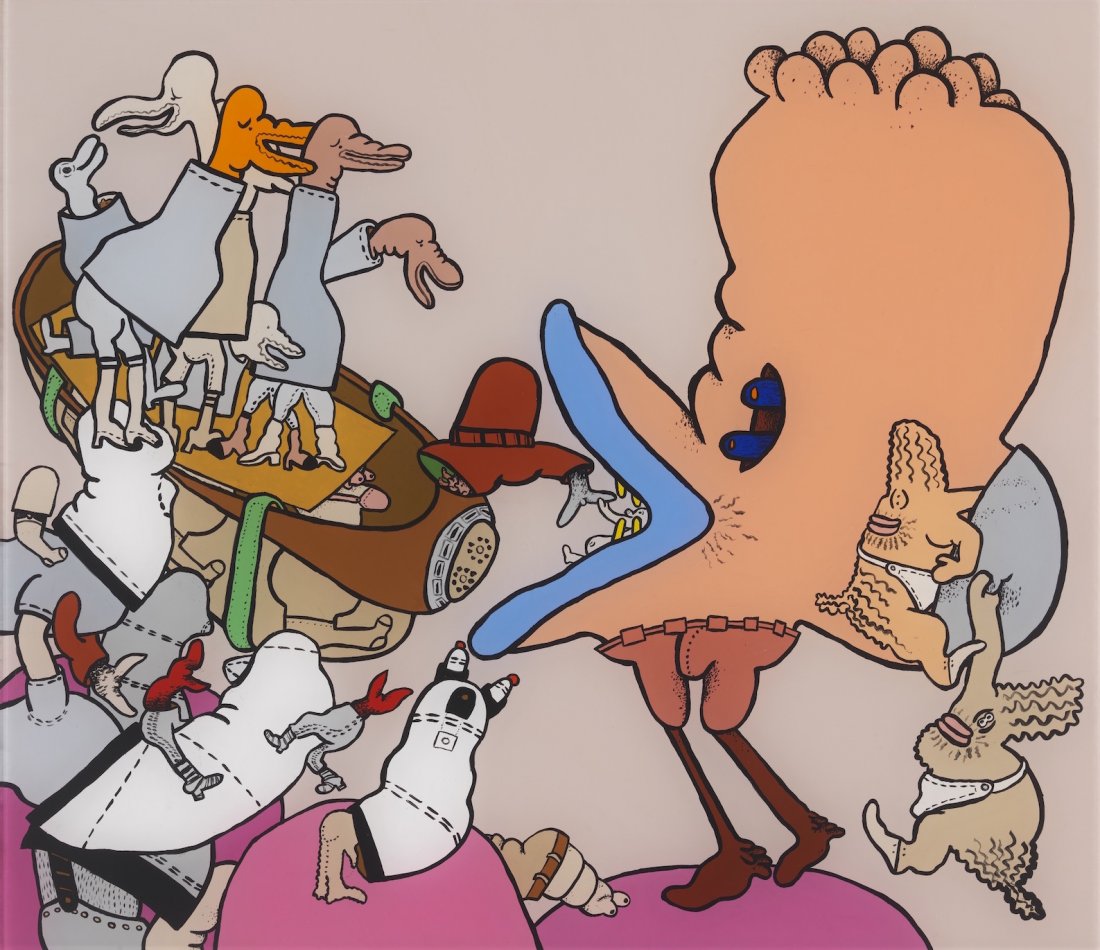 Goldsmiths CCA presents the first significant exhibition in the UK in almost 40 years of work by the Chicago Imagists. Igniting the Chicago art scene in the 1960s, the artists associated with ‘Chicago Imagism’ worked across painting, sculpture, drawing, and printmaking, creating distinctive works that were irreverent and often visceral. Variously featuring vibrant colours, distorted figuration, shimmering repetitions, puns and wordplay, the Imagists channelled a collision of art history, folk art, the urban fabric of Chicago, as well as vernacular material cultures such as comic books, pinball machines and advertising.

How Chicago! focuses on fourteen artists associated with Imagism, and features painting, objects, drawings, prints and ephemera. The exhibition concentrates on works from the 1960s when they first met, through to the late 1970s, when many of them moved away, both stylistically and geographically. All of the artists studied at the School of the Art Institute of Chicago where teachers introduced them to non-Western and self-taught artists, and fostered delight in cast-off objects gleaning in the city’s thrift stores and street markets. How Chicago! highlights the affinities between a group of divergent artists who had a lasting impact on 20th century art.

How Chicago! is organised by Hayward Gallery Touring in collaboration with Goldsmiths Centre for Contemporary Art and De La Warr Pavilion. It is supported by the Terra Foundation for American Art as part of Art Design Chicago, an initiative exploring Chicago’s art and design legacy.

A fully illustrated catalogue titled Chicago Imagists 1960s – 1970s is available at a special exhibition price, including essays by the co-curators and art historian Lynne Warren, as well as individual texts on each artist.

How Chicago! is supported by the Terra Foundation for American Art, as part of Art Design Chicago, an initiative exploring Chicago’s art and design legacy.

Other events from Goldsmiths Centre for Contemporary Art