EPISODE 9: EBUN SODIPO - I Found Venus and She Was Transsexual 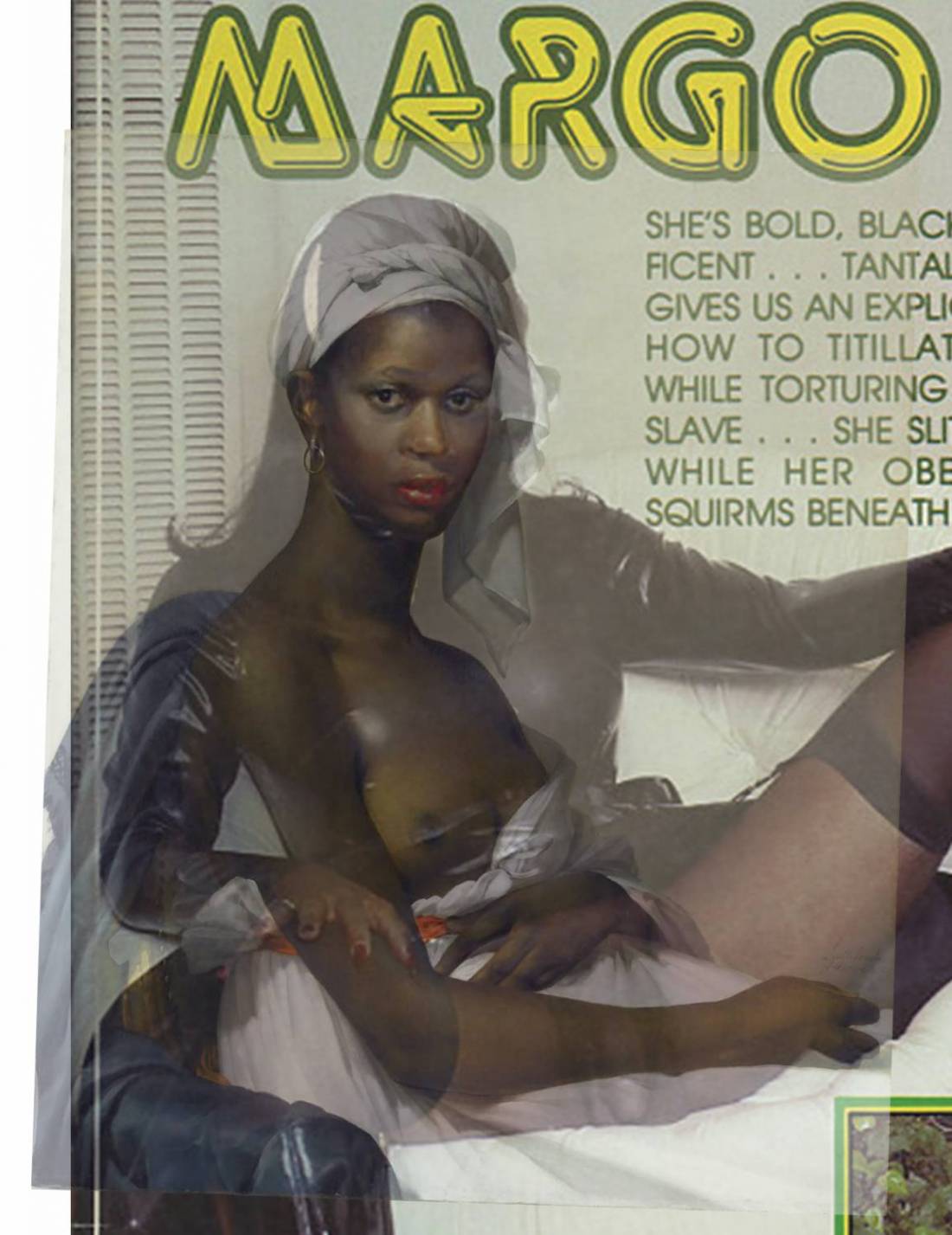 For her first institutional solo exhibition, Ebun Sodipo presents a new body of sculptures and collages that explore and reinterpret Black trans historical presence. Following writer and theorist Saidiya Hartman’s methodology of critical fabulation, Sodipo summons historical figures who subvert notions of race and gender. The stories of Mary Jones and Ellen Craft, for instance, are recuperated, through objects and image, for their potential to root contemporary Black trans existence.

In her practice, Sodipo questions where the record of black trans feminine experience exists within the archive of Black experience, and thus what trajectory is plotted for the contemporary and future moment. The title of the exhibition refers to Saidiya Hartman’s essay, Venus in Two Acts, which outlines her method of critical fabulation as a tool to counter the gaps and silences in archival records pertaining to Black life, which violently encode racialised power relations.

Sodipo collages social and art history, and recent visual culture, charged fragments of which juxtapose to create new bodies of knowledge and potential identities. Neglected figures and pioneers of trans identity are imaginatively excavated through storytelling, from a partial archive, that has been authored through domination. Their experiences, in Sodipo’s work, are written through mundane everyday practices, without recourse to episodes of violence that have characterised the story of Black subjects and indeed are usually the only reason for their record in the archive in the form of judicial record and economic transaction.

Sculptural presences in the exhibition space enact a restoration of trans figures. A pair of shoes, typical to the nineteenth century, are presented. These are similar to those worn by Ellen Craft, an enslaved person who travelled 100 miles with her partner, dressed as a white man in order to escape the American South. A prosthetic vulva sits nearby, a totem of Mary Jones, an American soldier and trans sex worker born in 1802, who wore such an item. Another figure is quoted in documents that form part of a framed image; Vitoria, an enslaved African woman, working as a healer and sex worker in Lisbon who was eventually imprisoned by the state.

Ebun Sodipo makes work for those who will come after: the Black trans people of the future. Her interdisciplinary practice narrates her construction of a Black trans-feminine self after slavery and colonialism. Through a process of fragmentation, collage, and fabulation, she devises softer, other-wise ways of imagining and speaking about the body, desire, archives, and the past.

Other events from Goldsmiths Centre for Contemporary Art