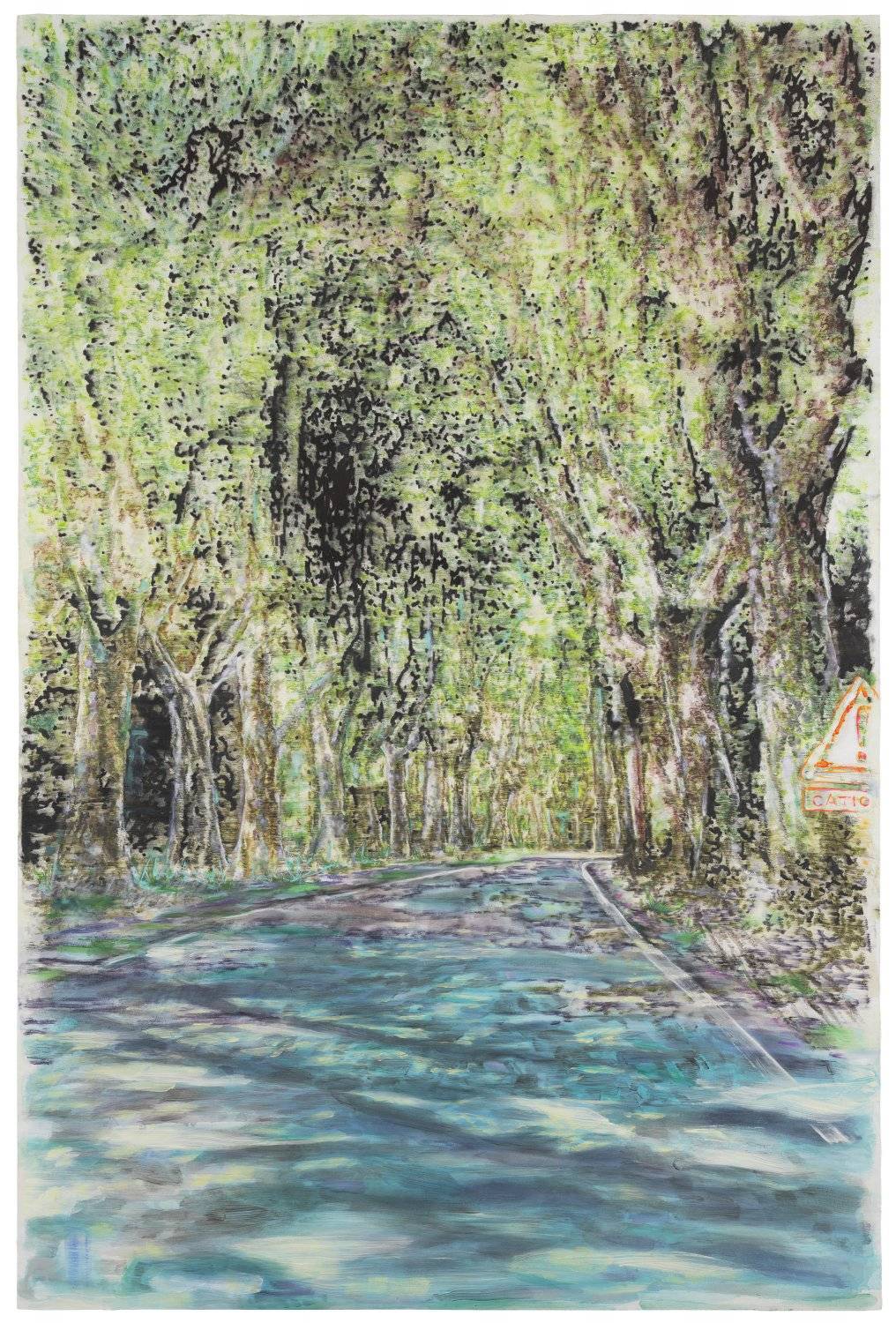 Ben Brown Fine Arts presents green light, our third solo exhibition of American artist Ena Swansea, at the London gallery. The gallery's first solo exhibition since lockdown, the title green light implies the chance to at last put one's foot on the gas, after being stopped and daydreaming outside of clock time, not knowing what day it is. Swansea's new series is representative of her decontextualised and timeless style, directing attention back to painting itself.

green light features recent large-scale canvases exploring motifs that recur within Swansea's practice, including snow, sea and the urban landscape, all bordering on abstraction and demonstrating the artist's ingenuity with the painted surface.

The brilliant and the muted colours of cinema, the velvet blacks, have stayed with Swansea's work since film school. These complex, layered paintings often collapse the subtle greys found in film into a dense and impenetrable dark field. Suspended in a plane of radiant colour, the tension between light and darkness is simultaneously attracting and repelling. Swansea's attention to the effects of transparency can be seen in her experimental investigations into the myriad ways in which an image itself can be migratory, invoking an oblique political critique.

Other events from Art