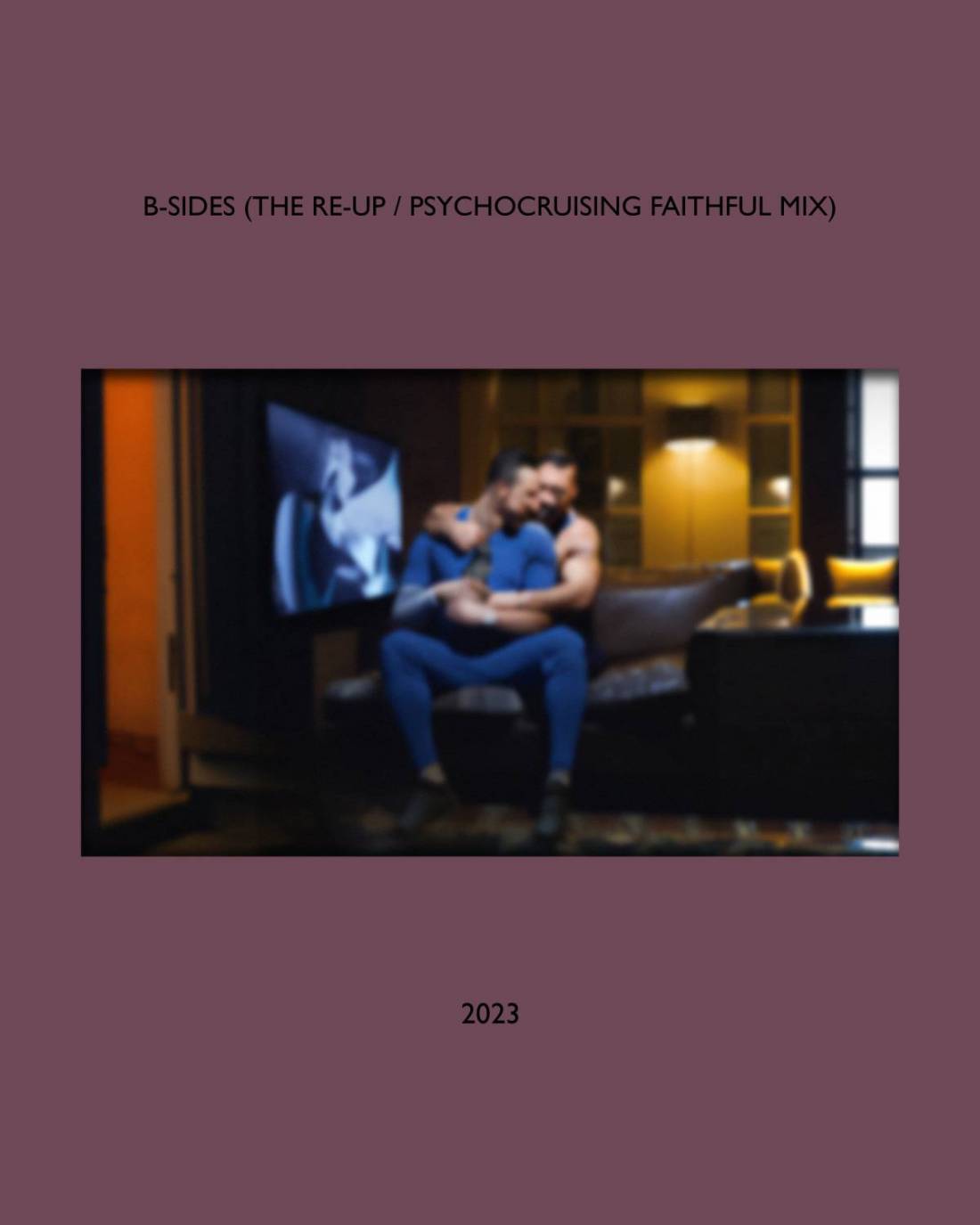 Adam Farah-Saad’s work sits somewhere between the mnemonic, with objects sparking associations and identifications, and a process of mapping, where walking, revisiting and cruising one’s past forms a large part of his practice. Loss is frequently his subject, whether that be the loss of his mother, or the end of a romantic relationship, severed connection with his father, or the parts of oneself that get lost as we go through these experiences. But his work is far from confessional. Biographical elements are largely restricted to titles like MY POOR TRAPPED IMMIGRANT PARENT CONSUMED BY BITTERNESS, WHOSE CRUSHED DREAMS TURNED INTO MY TRAUMA (The Sidewardly Mobile Mix) (2021-ongoing) and the materials he uses, in this particular work a dado rail and in other cases a Mariah Carey lyric, videos set around London, the smell of poppers mixed with KA Grape soda or a gym climbing rope from Kate Bush’s school, are more allusive records of a past, giving room to provoke memory in the viewer. Do they identify with these objects, or are they specific to other lives, such as queer, working class or immigrant experiences? Neither universal nor exactly personal, Farah-Saad’s works put his life and others’ in a broad social frame.

Mixing new and reconfigured works across three floors of the gallery, Farah-Saad’s exhibition B-SIDES (THE RE-UP / PSYCHOCRUISING FAITHFUL MIX) insists on the non-linear and unresolved nature of lived experience. His term ‘sidewardly mobile’ doesn’t just refer to the disappearing horizon of social mobility during his early-2000s adolescence, but to the overlapping structure of past into present through memory. This collapsing of temporalities often occurs in what Farah-Saad describes as ‘momentations’ (in a vernacular related to Mariah Carey), an experience which sparks a chain of associations, causing time and place to become vibrational. His work is full of ‘endz poetics’, from the chance encounter with a Ribena bottle shoved between two seats, suggestive of anal sex, as well as the kind of messing around on the bus after school, acting as a portal between selves. ‘Endz’ refers to neighbourhoods and estates in London, the kind Farah-Saad grew up in. His other sideways move is to think through the poetic and theoretical possibilities already present in those places, the rich artistic abundance of daily life found by dwelling in those endz. At the centre of this exhibition is the DVD, B-SIDES [MOMENTATIONS MIX] (2020), set in various endz around Brent, featuring a strollcast with the artist and Abbas Zahedi in Kilburn alongside video and poetry works by Elijah Maja and Christopher Kirubi. B-SIDES [MOMENTATIONS MIX] is a record of friendships and collaborations formed while Farah-Saad revisited the borough of his birth and a discussion of effects of place upon artistic practice. As Farah-Saad and Zahedi walk, they discuss the gentrification and failures of the neighbourhood, their attachment to the place and its immigrant populations, all the time filmed in fish eye, their own story moving from centre to periphery and back again.

Farah-Saad’s rejection of linear time extends to sexuality, the emergence of which traditionally marks the break between childhood and maturity. New video Somewhere Along My Journey (The Limerence Mix) (2022) shows the artist on his knees in a gimp hood being slapped repeatedly in his studio, to the sickly soundtrack of Edward Scissorhands. Elsewhere in the exhibition is a robot dog, in the same submissive pose as the artist, first released by Sony in 2003 when Farah-Saad was still in school and disconcertingly titled I’M AN ADULT NOW? (2022). Limerence describes romantic and sexual obsession, often the result of fusing desire to trauma, the kind of complication of relationship that runs throughout his work, as in the use of music as a source of gay expression to one of mourning, often at the same time. In these works sexuality isn’t packaged in the vanilla promise of self-realisation or personal development. Not that frustrating growth is always a bad thing. It offers a chance to reflect on the burnout and exploitation familiar to young artists, something Farah-Saad studiously avoids in his recombination of old and new exhibitions. His use of obsolete tech might mark periods in his life, but they also frustrate easy consumption – in order to view B-SIDES [MOMENTATIONS MIX] visitors have to physically take a DVD from a trio of wall mounted spindles and carry it downstairs in order to play it on the DVD player located there. Farah-Saad’s work is full of this kind of tension, between collaboration and rejection, invitation and provocation, identification and refusal.