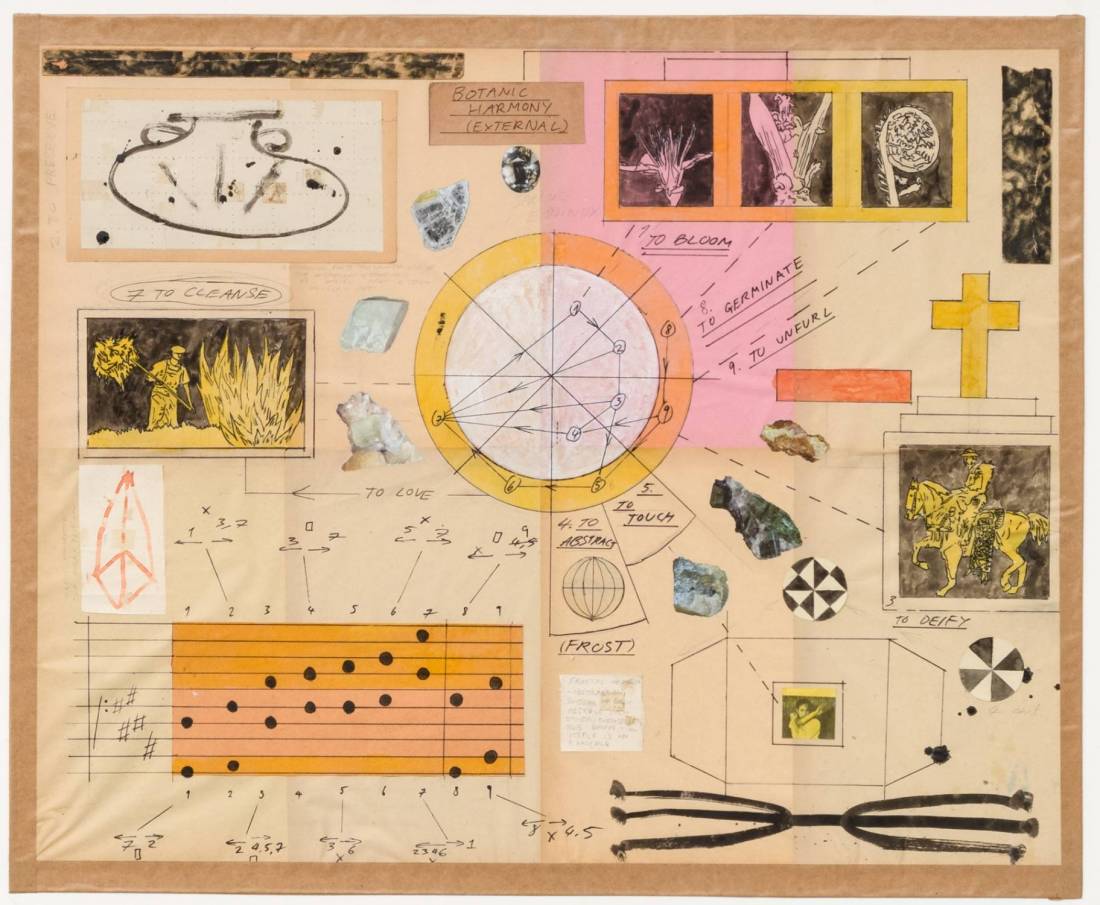 For his first major solo exhibition in Wales, Leo Robinson, presents oracles, musical scores and objects that explore a speculative future. In this, new belief systems for the cultivation of self-knowledge have been rebuilt and reimagined, as an act of healing, from the destructive legacies of colonialism. Drawing on his study and use of the divination method of I Ching*, Robinson’s rich world-building imagines a post-diasporic future in which ancient cosmologies and indigenous knowledge systems have informed and evolved new rituals and practices that guide spiritual journeys of transformation.

Robinson’s artworks take the forms of paintings, sculptures and collages that include found objects and images alongside instructive texts and musical notations. The ephemera of contemporary culture including Pokémon cards, children’s stickers and printed images from Instagram and TikTok feeds feature across the works, grounding them in a near-distant future.

Central to the exhibition is Robinson’s symbolist language which recurs throughout the works: the net, the flame, the blooming flower, the primate, the vessel, the cross, and variations play out in an endless psychodrama. Within each work lies the potential for transformation from one psychological state to the next, yet the path is not always clear. Robinson’s work asks us to be open to the power and potential of ritual-making to make sense of our inner worlds and the world around us.

Other events from Chapter