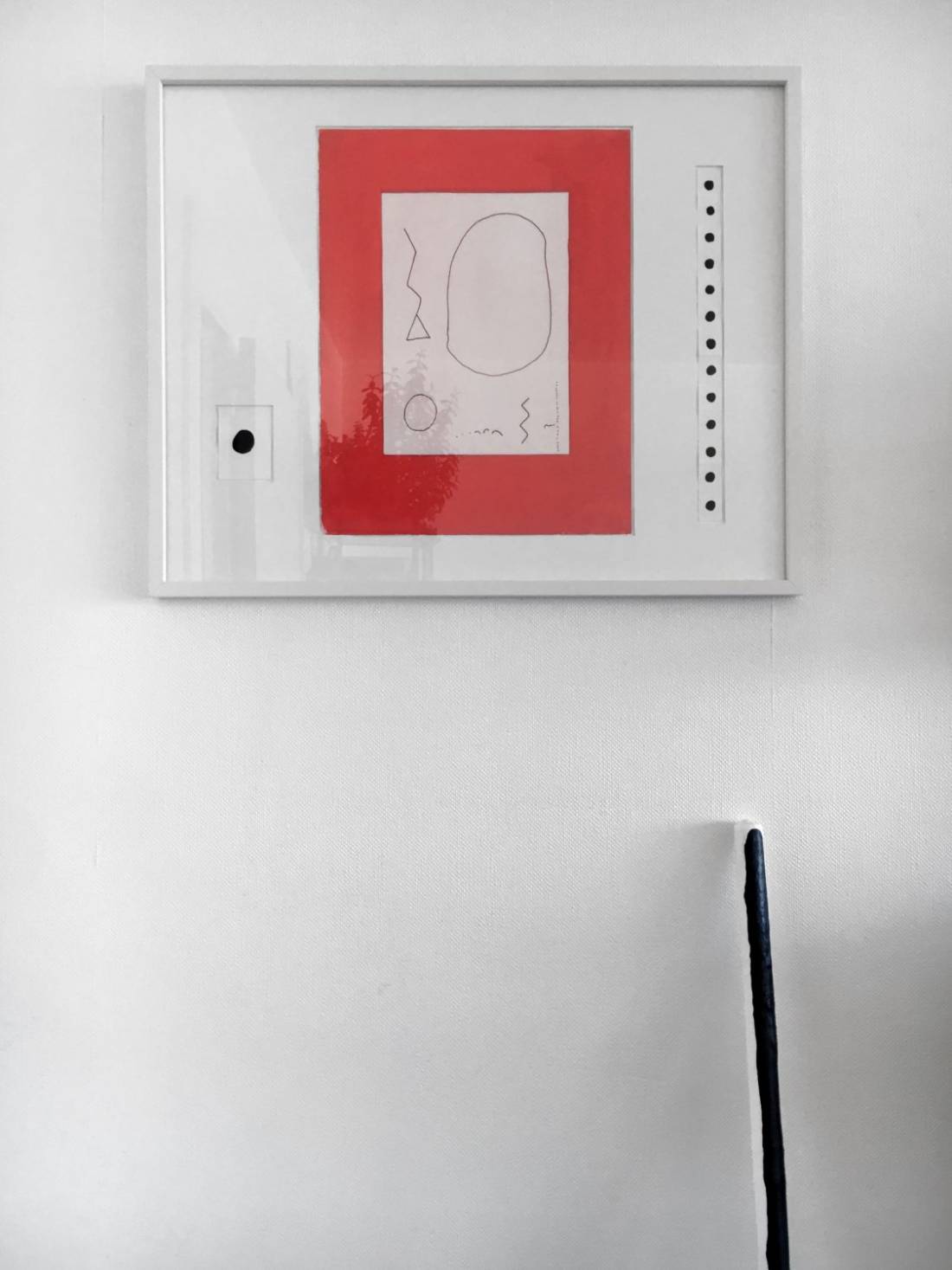 Parallel Wands is an echo of forms and an invitation for deviations. Here, dots and stripes oscillate between their recognizable shape and propositions for something familiar. In making sense of the latter, we observe what is similar and what is different. Their differences introduce a vernacular use of abstraction that describes the process of translation from an idea into a visual form of communication.

Each of the works in this exhibition is a statement repeated, and with every gesture, they grow. Wind chimes, walking sticks, a screen test for a butterfly; propositions take on multiple formats using the repetition of an idea to approach the relationship between the narration of form and conceptual abstraction. Moving between units, viewers are invited to a slow assembling of their own narrative, one that is open to change and suspended in permanent dialogue.