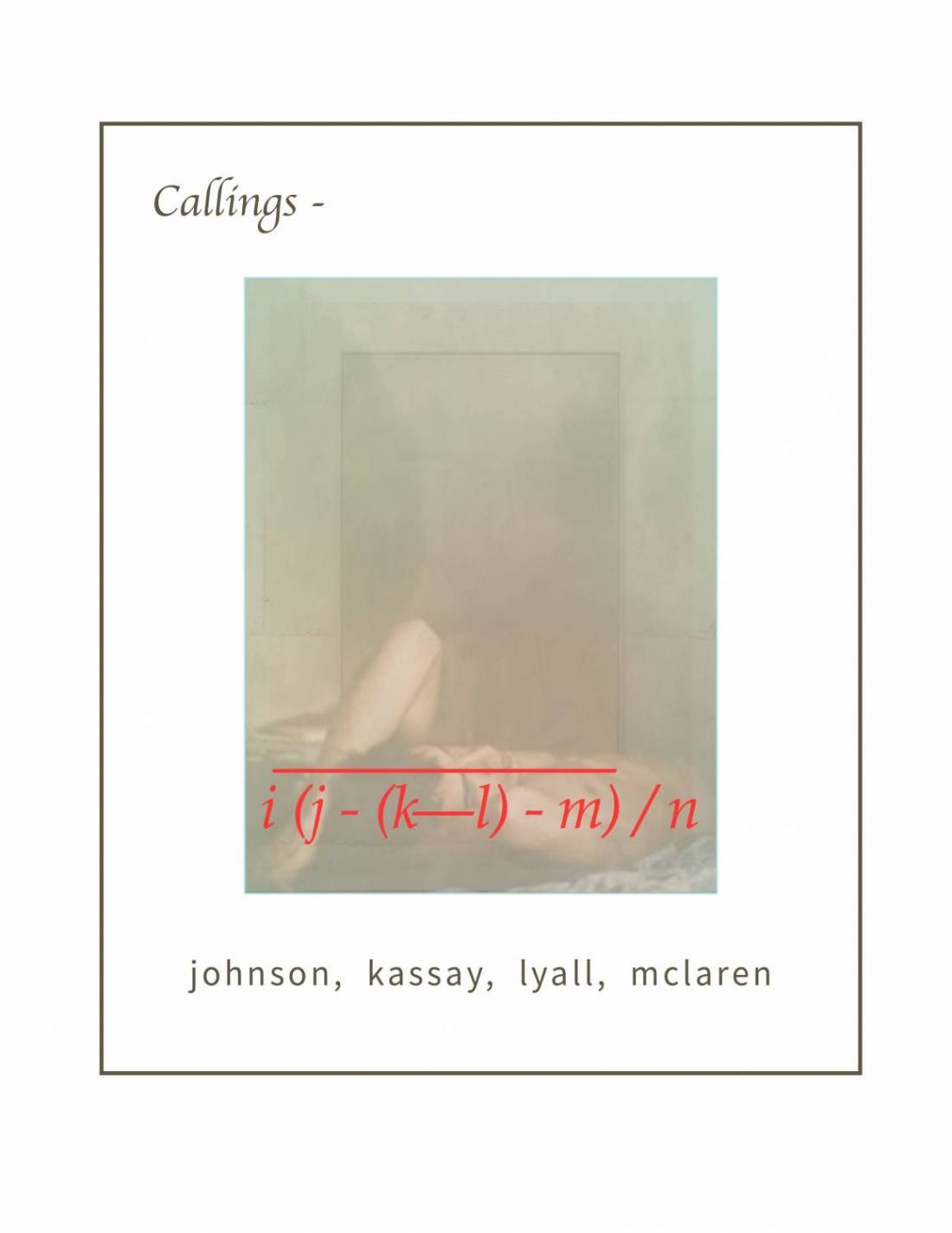 What is a calling, in art or elsewhere?  The whole of the story cannot be told. But this doesn’t set you free to indulge a pathology.  The Call is non-pathological.  It’s “NON” says NO to pathetic finitude.  (Infinity is just a negative word. It is that which adds its NO to finitude). Then, the story is whatever that remains to be told on condition that it does not push to the edge, and that it only half-says it all.

To begin, we have a two part title: one part, “Callings,” presents a word that supports a variety of different meanings;  one is an algorithmic model.  These can be read as two half-sayings that, combined, don’t make for a single statement. “Callings” supports a knot of meanings. The model,  by contrast, consists of symbols.  It cuts up letters to obtain a writing whose potential as a readerly material is other than whatever it’s subject could do with words.  One is discursive. One is diagrammed.  Tracing interactions between these parts, the show is a scene laid out with works representative of four individual artists.  Relationships are both implicit and modelled.  It seems that the artists are of different ages, professional vocations, and social identities.  To us, they will be familiar or not. Just so, these works come together as a meditation on the way we think our Callings: there are names and bodies, choices of materials, métiers, skill sets, isolated labors, styles, evanescences, desires, and imprints. There are colours at the scale of eternal things.  Somewhere, too, from a distant archive, there had been the herald of a painted monochrome. “Once, I created Painting-Surface. (…)  Artists are the ones who fail at finitude.”